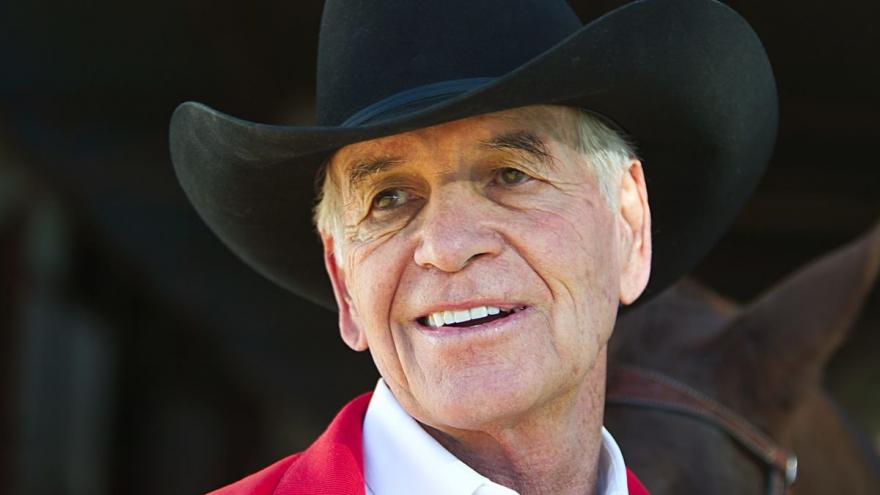 (CNN) -- The rancher and philanthropist best known for playing the original "Marlboro Man" has died after a life spent not smoking.

Robert 'Bob' Norris died in the care of Pikes Peak Hospice in Colorado Springs, Colorado, on Nov. 3, according to a statement released by Tee Cross Ranches, which he founded. Norris was 90.

"If any man could be described in three words, for Bob they would be 'the real deal.' His solid authenticity, whether astride a horse, sitting in a board room, mentoring a child or sharing a moment with a friend, was his personal and professional brand. No doubt it was these qualities -- along with his tall, ruggedly handsome, lanky good looks -- that landed him the unexpected role of the first 'Marlboro Man' on television," the statement on the ranch's website said.

Norris, who was "never a smoker," was featured in the commercials for 14 years, according to the statement. He abandoned the advertising campaign when Norris "felt he was setting a poor example for his children," the statement added.

Norris was a member of the board of trustees for the National Cowboy & Western Heritage Museum, also known as the Cowboy Hall of Fame, the ranch's website said.