Oreo maker and Coke bottler close up shop in Ukraine 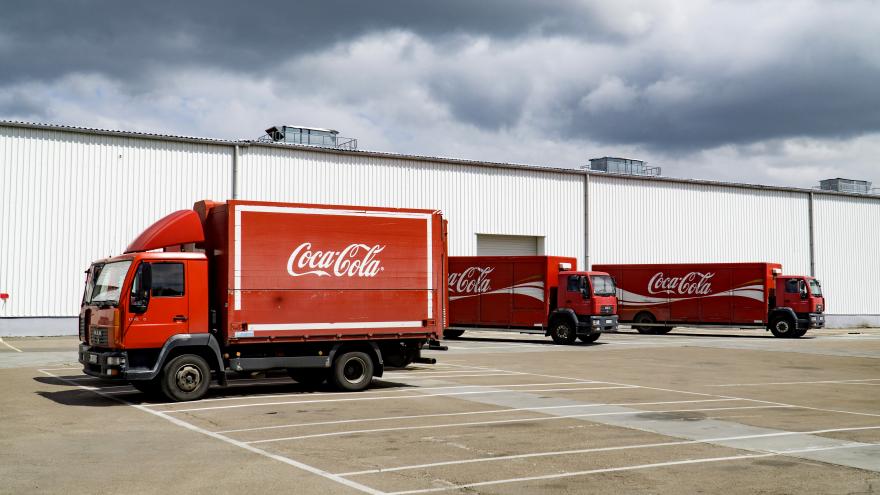 (CNN) -- A number of companies have suspended production or limited manufacturing output in Ukraine because of the Russian invasion early Thursday.

Companies that made those announcements include Carlsberg, a Coca-Cola bottling company, snack maker Mondelez and steel manufacturer ArcelorMittal. They join a number of airlines that have already suspended operations to Ukraine as its airspace has been closed.

Russia's invasion of its neighbor has roiled global stock markets and sent its currency to record-low levels.

Writing on Twitter that it's "deeply concerned" about the situation in Ukraine, the steel manufacturer said it has made plans for its employees to "stay safe."

Regarding its plant, the company is "working to slow down production to a technical minimum and production will be stopped at our underground mines," ArcelorMittal tweeted. "We all hope for a swift resolution."

Carlsberg, the second-largest brewer in Ukraine with a 31% market share, has halted operations at two Ukrainian breweries in Kyiv and the southern city of Zaporizhzhya.

A spokesperson told Reuters that it had taken "several initiatives in Ukraine with the aim of taking care of the safety of our employees in the country," including telling them to stay at home.

Carlsberg also has a third brewery in Ukraine in the western city of Lviv.

Coca-Cola HBC, a bottler for the company, closed its plant in Ukraine, and asked staff in the country to remain at home.

"We will keep this under review over the coming days," the company spokesperson told Reuters.

Mondelez International Inc. will close its plants in Ukraine if the country's tensions with Russia escalate and become "too dangerous," CEO Dirk Van de Put told Reuters on late Wednesday.

"To make sure those people are safe ... that's the number one concern," Van de Put said. "We have big business in both countries. If that means we have to close plants because it is too dangerous, we will do so."

In Russia and Ukraine, countries Mondelez considers emerging markets in Europe, the company manufactures local brands such as Jubilee biscuits and Korona chocolate. It also sells biscuits including Oreo cookies, chocolate such as Milka, and gum and candy in the region.

-- Reuters contributed to this report.