Oregon's Bootleg Fire more than triples in size to 143,607 acres 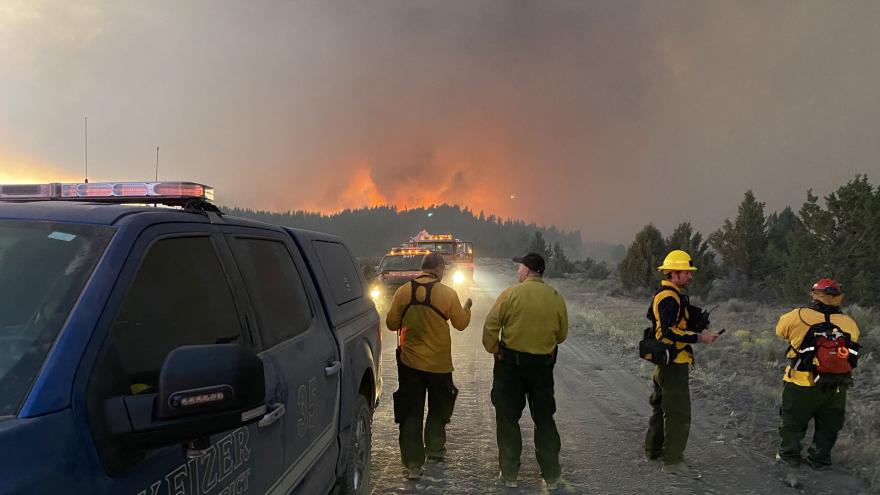 (CNN) -- The Bootleg Fire in Oregon has more than tripled in size since Friday, gaining more than 100,000 acres, according to the US Forest Service.

The fire had burned 143,607 acres as of Sunday morning, up from nearly 39,000 acres on Friday, the latest update from the service's InciWeb website shows.

The fire, which is in the Fremont-Winema National Forest in the southwest of the state, broke out July 6 and "continues to burn actively," according to Sunday's update.

Officials expect the fire to be contained by July 27.

The cause of the fire is unknown.

According to a news release issued Saturday evening, conditions "were so extreme that firefighters needed to disengage and move to predetermined safety zones."

The Oregon Office of State Fire Marshal posted a video on Facebook of the raging fire Friday to show "the fire conditions firefighters are up against" on the Bootleg Fire.

Oregon is currently experiencing drought conditions, according to CNN Weather, as the western US bakes under an excessive heat wave.

Fire officials said earlier that more personnel were being assigned to nighttime hours, when the conditions are "more favorable in effective firefighting."

Several areas in Klamath County are under evacuation orders or notices to be ready to evacuate.