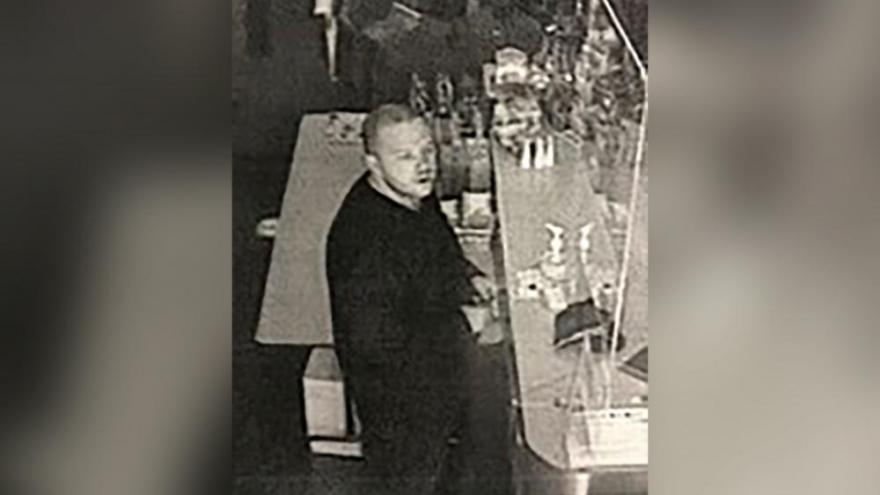 Oregon Police are searching for a suspect, pictured in a security camera, provided by the Lane County Sheriff's Department, is believed to be responsible for three separate attacks that left three people dead and one person seriously injured.

(CNN) -- Police in Oregon are searching for a suspect believed to be responsible for three separate attacks that left three people dead and one person seriously injured on Friday.

"We have not positively identified who this individual is," Coos County District Attorney Paul Frasier said at a news conference.

Investigators released several surveillance photos of the suspect, but warned people not to approach him. "We have to believe that he's armed and dangerous," Frasier said.

The incidents began Friday morning when two people were run over at the Mill Casino in the city of North Bend, on the Oregon coast, about 218 miles south of Portland.

One person died and the other is hospitalized. "She's in pretty bad shape," Frasier said. Police later identified the victims as a married couple from Florida -- 74-year-old Anthony Oyster, who died, and 73-year-old Linda Oyster, who remains in critical condition.

Soon after this, police received reports of a fatal shooting at the Herbal Choices Marijuana Dispensary, a little over a mile away from the casino. The victim there was later identified as Jennifer Davidson, 47, of Coos Bay.

Witness descriptions led authorities to believe that the same individual was responsible for both crimes.

A description of the suspect's pickup truck brought police to a trailer at an RV park next to the casino. A man believed to be the owner of both the truck and the trailer was found dead inside.

"There's no question in my mind this individual died of homicidal violence," Frasier said, but he would not reveal if the victim had been shot. Police have not identified this victim, saying they have yet to notify next of kin.

The pickup truck was found later along a highway in Lane County, Oregon, northeast of the crime scenes, crashed and set on fire.

A witness told police the driver ran away from the scene. Surveillance video at a sporting goods store in North Bend appears to show the suspect purchasing more ammunition before leaving the area.

Police say they have some idea who the suspect might be, but they have not positively identified him yet or determined a motive.