Orchestrated killing of thousands of hippos to begin in May 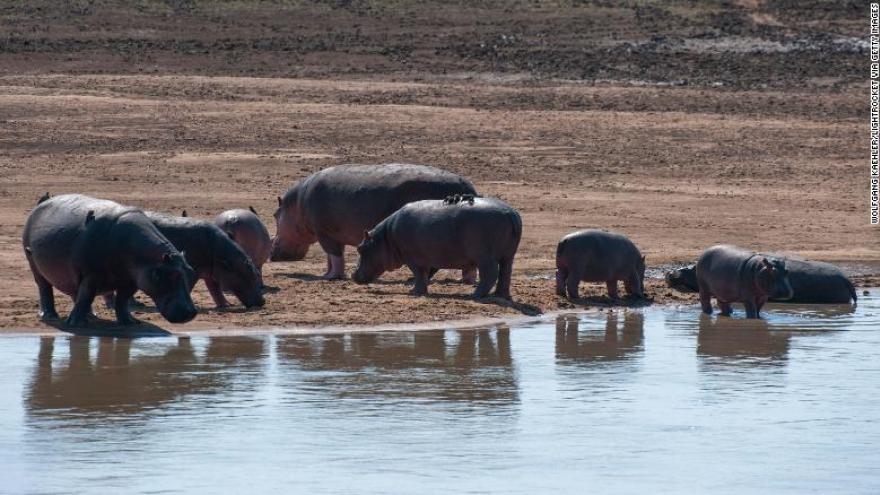 (CNN) -- The orchestrated killing of hippos in Zambia will begin in May, state officials said, over objections from a key animal rights group.

The hippo cull is slated for the Luangwa River valley in Zambia's Eastern province, the Department of National Parks & Wildlife said last week in a statement.

The plan is the same one announced in October by the nation's tourism chief, wildlife ministry spokesman Lewis Daka told CNN on Thursday. It would provide for the killing of as many as 2,000 hippos over five years, tourism minister Charles Banda said at the time, according to Reuters.

The plan had been shelved in 2016 amid protests by animal rights groups, including the UK-based organization, Born Free, which again is slamming the plan and has asked Zambian President Edgar Lungu in writing to "immediately and permanently" stop it, activists said.

Born Free claims the wildlife ministry has not provided scientific evidence of its claims of an overpopulation of hippos and water levels that are too low to sustain them. Banda made those claims in October, when he revealed that the suspended 2016 plan would be resurrected, Reuters reported.

"Scientific evidence suggests that culling hippos stimulates breeding and ends up increasing the population, potentially establishing a vicious cycle of death and destruction," the group asserts on its website.

Zambia's tourism ministry did not immediately respond to CNN's request for comment.

Hippos are described as vulnerable on the International Union for Conservation of Nature's Red List of Threatened Species. The population trend is stable, the group says.

The IUCN estimates hippos' global population to be between 115,000 and 130,000, adding that their conservation should be a "priority" in countries where they exist.

Hippos are increasingly hunted by poachers, who export their long canine teeth from countries in Africa to Hong Kong and the United States, where they are used as substitutes for elephant tusks, according to the wildlife trade monitoring network TRAFFIC.

Other threats to their survival include loss of habitat, deforestation and pollution, experts say.