Orange juice sales are soaring during the pandemic 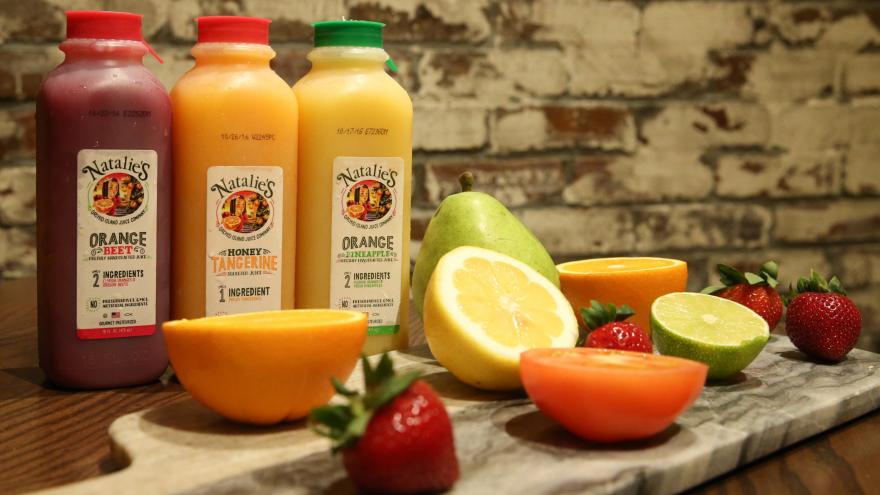 (CNN) -- American consumers have been stocking up on staples as the coronavirus pandemic spreads, giving one struggling beverage a much-needed boost: orange juice.

US retail sales of orange juice jumped about 38% in the four weeks ending on March 28 compared to the same period last year, according to Nielsen.

The Florida Department of Citrus reported a spike in demand for 100% orange juice in particular. Shannon Shepp, executive director of the department, called the jump "unforeseen and significant," in an emailed statement to CNN Business. "Current projections suggest there will be a considerable increase in the short-run demand for orange juice," she added.

Sales of a number of different staples have skyrocketed as US shoppers, instructed to stay at home, are stocking up their fridges and pantries. Orange juice in particular is a go-to when people get sick or are afraid they might. In 2018, a bad flu season also drove up sales in the United States, the Wall Street Journal reported at the time. That could be because people see orange juice as a way to hydrate and load up on vitamin C — which experts say doesn't actually prevent colds.

Natalie's Orchid Island Juice Company saw a 25% increase in demand in retail in mid-March, said Natalie Sexton, vice president of marketing for the company. That increase was driven primarily by citrus juices including orange and grapefruit juice.

The beverage maker sells to both food service and retail, and has quickly readjusted to selling primarily to retailers as restaurants and cafeterias close their doors. The increase in retail has offset declines in other channels, she said.

Shelley Rossetter, assistant director of global marketing for the Florida Department of Citrus, said that she's heard from major orange juice brands that they, too, have seen increases in sales. PepsiCo and Coca-Cola, which own Tropicana and Minute Maid, respectively, did not share recent sales figures for those brands.

Previously, orange juice sales had been declining steadily. According to the USDA, per capita availability of orange juice — which can be used to shed light on consumption — has fallen from about 6.1 gallons in 1998 to 2.5 gallons in 2018.

Orange juice sales had been declining for two reasons:

One is that some consumers have turned against regular fruit juices. Traditional fruit juice, once thought of as healthy, has been recast as a source of empty calories and sugar. Today, fresh-pressed green juices, water and other low-calorie beverages have inherited that health halo. Plus, regular juice was long marketed as a breakfast drink. When more people started eating breakfast on the go, juice suffered.

The second is that orange supplies in the United States have fallen because of a widespread citrus plant disease, called citrus greening.

The ailment "has been wreaking havoc on our industry," said Rossetter, adding that greening has been suppressing domestic supply of oranges for the past decade. The disease drives up prices, which may make 100% orange juice less attractive to consumers.

But, she noted, the increased demand comes at a good time.

Over the past year or so, Florida growers have been able to beat back the citrus disease enough to finally increase their supply, she said. "That will be great news for the industry."