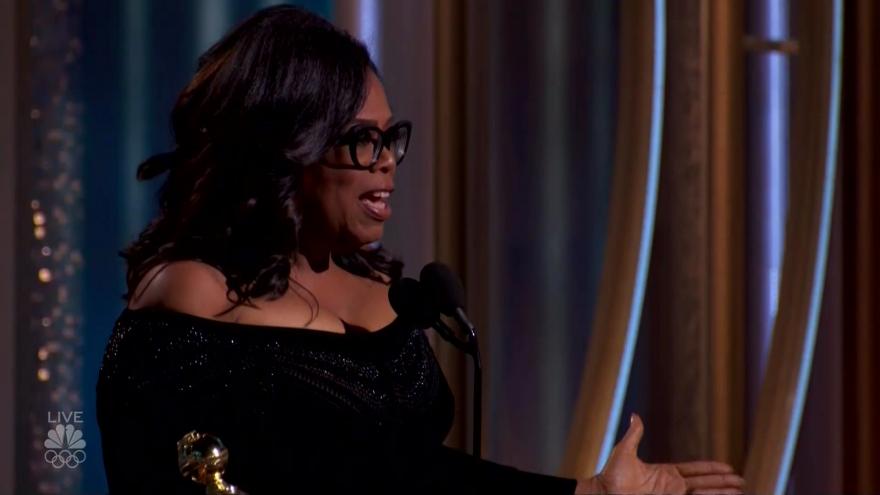 LOS ANGELES (AP) -- Oprah Winfrey's moving speech at the Golden Globes has some fans and fellow celebrities calling for her presidential run.

The actress accepted the Cecil B. DeMille lifetime achievement award at Sunday's ceremony, and it didn't take long for Twitter to start lighting up with the hashtag (hash)Oprah2020.

Winfrey brought the typically rowdy crowd to silence and tears with her speech.

She spoke of seeing Sidney Poitier win an Academy Award when she was a girl, and weaved it into the (hash)MeToo movement.

She says "speaking your truth is the most powerful tool you all have."