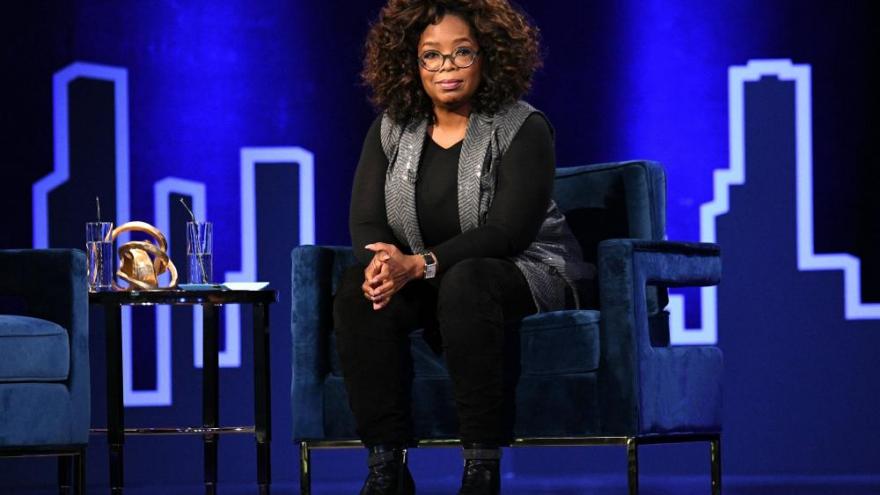 Oprah Winfrey is pitching in $2 million to help Puerto Rico, which is still recovering from Hurricane Maria in 2017.

(CNN) -- Oprah Winfrey is pitching in $2 million to help Puerto Rico, which is still recovering from Hurricane Maria in 2017.

The Hispanic Federation and the Flamboyan Arts Fund announced the donation from the media mogul in a statement Monday.

One million dollars will support Puerto Rico's long term recovery needs, while the other half will go toward preserving the island's arts and culture.

Winfrey said her donation was inspired by Broadway star and actor Lin-Manuel Miranda, who is a New York native of Puerto Rican descent and co-founded the Flamboyan Arts Fund.

"I was so moved by Lin-Manuel Miranda's commitment to bring 'Hamilton' to Puerto Rico and support the community that served him growing up that I wanted to join in the revitalization efforts of an island so rich in culture, beauty and heritage," Winfrey said in a statement Monday.

Miranda brought his hit musical "Hamilton" to the island earlier this year and reprised his role as the show's star to raise money for Puerto Rico's arts.

Winfrey stressed that the "needs of Puerto Rico and our fellow American citizens" are "still very real" and that work "on and off the island is long from over."

Since the hurricane, President Donald Trump has protested the amount of funding for Puerto Rico and lashed out at Puerto Rico's leadership over Twitter and behind closed doors. Trump has declined to schedule a meeting with Puerto Rican Gov. Ricardo Rosselló to discuss recovery efforts that are ongoing nearly two years after the storm hit, according to Rosselló.