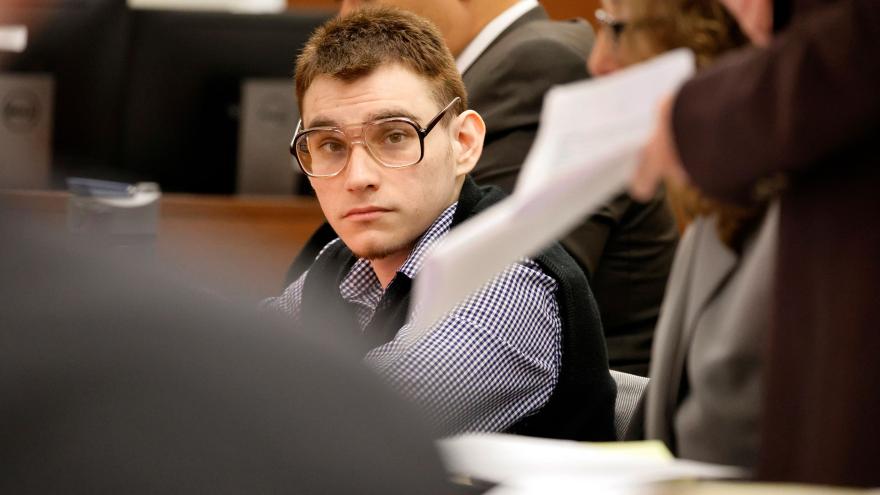 (CNN) -- The penalty phase in the trial of Parkland, Florida, school shooter Nikolas Cruz is set to begin in earnest Monday after months of painstaking jury selection that itself was impacted by the wave of gun violence beyond the Broward County courtroom.

Opening statements are expected to start weeks after 22 people -- 12 jurors and 10 alternates -- were picked for the panel tasked with helping decide whether Cruz is sentenced to death or life in prison without the possibility of parole for the murders of 17 people at Marjory Stoneman Douglas High School on Valentine's Day 2018.

Cruz pleaded guilty in October to 17 counts of murder and 17 counts of attempted murder in connection with the shooting that thrust victims' families and teenage survivors into the national spotlight as they urged elected officials to do something -- anything -- to stem the tide of mass shootings.

Since Cruz has already pleaded guilty, the jury in the penalty phase will confront the question not of his innocence but his punishment: Prosecutors want the death penalty; Cruz at a minimum faces life in prison.

If jurors recommend a death sentence, they must do so unanimously. Ultimately, though, the judge will decide whether to adhere to any recommended death sentence or send Cruz to prison for life.

Cruz had been expelled from Marjory Stoneman Douglas High School before he went to the school on February 14, 2018, carrying with him a rifle bag with an AR-15-style rifle and a backpack that held firearm magazines and a tactical vest, according to an outline of events laid out by prosecutors.

He opened fire inside a three-story building, shooting at students and teachers in hallways and classrooms as he made his way up through each floor, prosecutor Michael Satz said in October.

More than four years later, wounded victims and their families will finally get their day in court, when they're expected to offer victim impact statements as part of the proceedings. But it comes against a backdrop not too dissimilar from the days after the Parkland shooting.

The US is gripped by a gun violence epidemic, with more than 350 mass shootings so far this year, according to the Gun Violence Archive, which tracks the incidents in which four or more people are shot, excluding the shooter.

There was the racist attack at a supermarket in Buffalo, New York, in mid-May, followed soon after by the massacre of elementary school students and teachers in Uvalde, Texas. And just this month, a gunman opened fire at a July Fourth parade in a Chicago suburb, killing seven people and wounding dozens.

During selection of Cruz's jury, his defense attorneys asked the court for a delay, arguing the "wave of emotion" triggered by the recent shootings would undermine Cruz's right to a fair trial, court records show. But state Judge Elizabeth Scherer denied the motion, saying shootings in Buffalo and Uvalde had not compromised court proceedings or Cruz's ability to get a fair trial.

Of the 12 jurors, seven are men and five are women. Nine alternates are women, and one is a man.

Ultimately, the court spent weeks whittling down a pool of hundreds of potential jurors, working to determine who could commit the time to serve -- both sides expect the penalty phase to last months, they've told the judge -- and probing their thoughts on the case and whether they could be fair, among other issues.

Several weeks after jury selection began, the process was disrupted when bailiffs on April 27 restrained Cruz against a wall to protect him from people "making a threat," Scherer told Cruz's attorney. A potential juror was "mouthing expletives" at Cruz, prompting other jurors to become "belligerent," said the judge, who dismissed the rest of the prospective jurors who were in the room.

In another instance, about a dozen potential jurors were dismissed when one of them wore a T-shirt referencing the shooting, CNN affiliate WPLG reported. One of Cruz's attorneys took issue with the shirt, which bore Marjory Stoneman Douglas' official colors of silver and burgundy and read, "Teacher Strong #neveragain #msdstrong."

"She obviously did that on purpose to get out of jury selection," the judge said, according to the TV station. Scherer dismissed the rest of the panel.

Cruz now faces a jury because a defendant in Florida deemed guilty of a capital offense undergoes a separate phase of court proceedings to determine the sentence. In the penalty phase, the court reviews the case and the defendant's history to decide whether he or she deserves death or a lesser sentence like life in prison.

The court generally will hear reasons why the defendant should or should not be put to death, known as aggravating factors and mitigating circumstances, respectively.

In Cruz's case, the jury must be unanimous in finding beyond a reasonable doubt that at least one aggravating factor exists. If that happens, jurors must then be unanimous in recommending the defendant be put to death, or his sentence would default to life in prison without the possibility of parole. If they recommend death, the judge could choose to follow that recommendation or sentence Cruz to life instead.

The penalty phase could include jurors visiting the scene of the mass shooting, according to court documents, which show Scherer approved, writing it would allow the jurors to analyze "several of the aggravators" the state seeks to prove.

The building remains intact, having been sealed for the last four years, WPLG has reported.

Survivors and members of the victims' families are also expected to provide victim impact statements, sharing with the court how the defendant's actions have affected them.