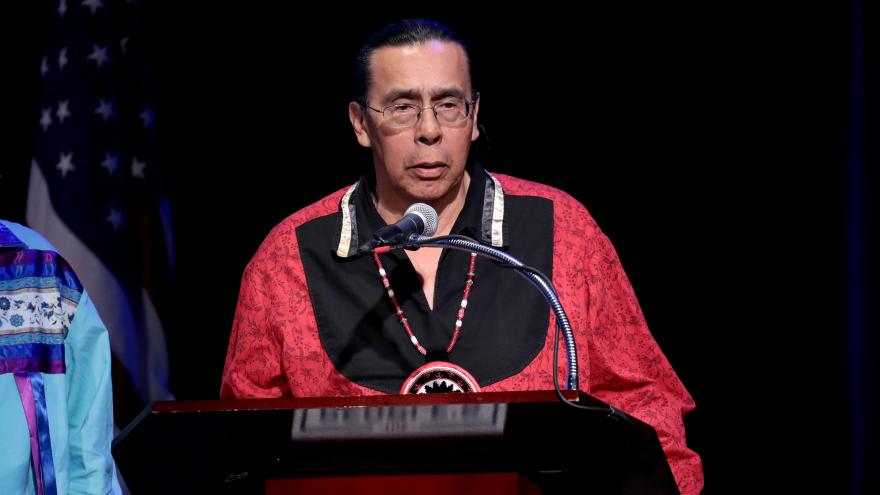 (CNN) -- The Onondaga Nation is set to regain over 1,000 acres of ancestral land in central New York in what the Department of Interior calls "one of the largest returns of land to an Indigenous nation by a state."

"This historic agreement represents a unique opportunity to return traditional homelands back to Indigenous people to steward for the benefit of their community," said Secretary of the Interior Deb Haaland in a Wednesday news release.

"We look forward to drawing upon the Onondaga Nation's expertise and Indigenous knowledge in helping manage the area's valuable wildlife and habitat. Consistent with the President's America the Beautiful initiative, all of us have a role to play in this Administration's work to ensure our conservation efforts are locally led and support communities' health and well-being."

The land transfer includes the headwaters of Onondaga Creek, more than 45 acres of wetland and flood plains, and approximately 980 acres of forest and fields, says the Department of Interior. The area is also home to a variety of wildlife, including brook trout in the creek, great blue heron, songbirds, waterfowl, hawks, bald eagles, frogs, bats, and white-tailed deer.

"It is with great joy that the Onondaga Nation welcomes the return of the first substantial acreage of its ancestral homelands," said Hill in the release. "The Nation can now renew its stewardship obligations to restore these lands and waters and to preserve them for the future generations yet to come."

"The Nation hopes that this cooperative, government-to-government effort will be another step in healing between themselves and all others who live in this region, which has been the homeland of the Onondaga Nation since the dawn of time," Hill continued.

The land was previously owned by Honeywell, which was ordered to sign over the title and full ownership of the property to the Onondaga Nation by the US Fish and Wildlife Service and New York State Department of Environmental Conservation as part of a settlement reached over Honeywell's contamination of the environment.

For years, Honeywell contaminated the Onondaga Lake, parts of its tributaries, and the surrounding wetlands with mercury and other dangerous substances, according to a 2017 release from the Department of Justice. A 2018 settlement through the Natural Resource Damage Assessment and Restoration (NRDAR) Program required Honeywell to turn the land over to the Onondaga Nation and to implement 18 restoration projects on the affected land, according to the Department of Interior.

Honeywell, which operated several manufacturing plants in Onondaga County, is currently working on several of those restoration programs, including grassland restoration, preservation of wetland habitat, and improvement of public services like hiking trails and a public boat ramp, says the Department of Interior.