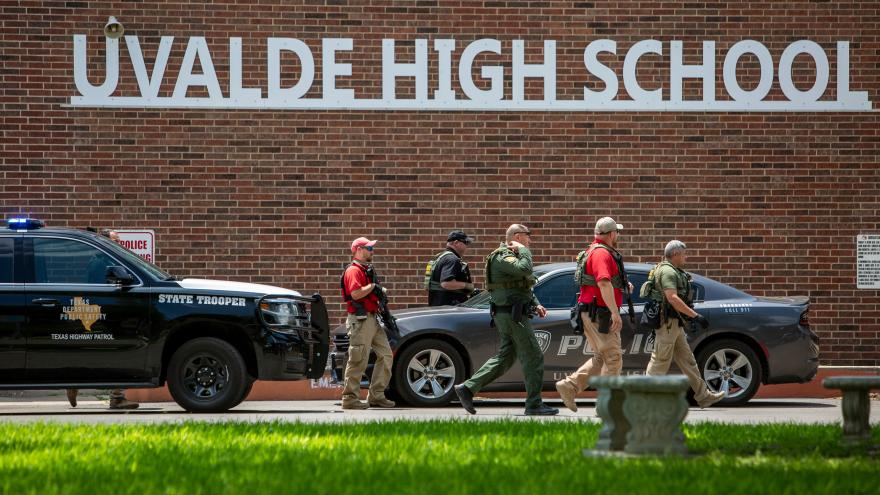 That's what a witness said Wednesday as investigators worked to track the massacre that lasted upwards of 40 minutes and ended when the 18-year-old shooter was killed by a Border Patrol team.

Juan Carranza saw the scene from outside his house, across the street from Robb Elementary School in the town of Uvalde. Carranza said the officers did not go in. Minutes earlier, Carranza had watched as Salvador Ramos crashed his truck into a ditch outside the school, grabbed his AR-15-style semi-automatic rifle and shot at two people.