One year after being sentenced, 'El Chapo' is hoping an appeal can get him out of Supermax, his lawyer says 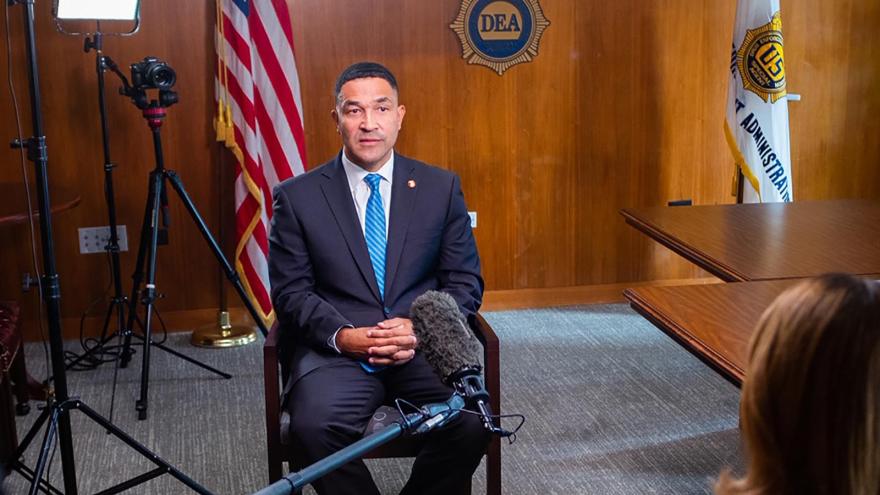 (CNN) -- Just one year ago, Joaquin "El Chapo" Guzman, the former most powerful and dangerous kingpin in the world, was sentenced to life in prison, plus 30 years.

A jury found the former head of Mexico's Sinaloa Cartel guilty of 10 counts of engaging in a continuing criminal enterprise, drug trafficking, money laundering and conspiracy to commit murder.

Now, as Guzman spends his days and nights alone in a small 7x12 foot concrete cell in Colorado's Supermax prison, his lawyer says he's waiting for his ticket out of jail.

"Mr. Guzman remains focused on his appeal which is what we are working on right now," Mariel Colon, Guzman's attorney, told CNN.

Colon and the rest of his legal team plan to file the appeal, which would seek to overturn Guzman's conviction, before the August 21 deadline.

But DEA Special Agent in Charge Ray Donovan said the chances of "El Chapo" getting out of jail are slim.

"The one thing you have to understand about the trial is that there is a mountain of evidence against El Chapo," Donovan, who spent a great deal of his career chasing down "El Chapo," told CNN. "And there's so much more to the entire Sinaloa Cartel, that in my honest opinion, I don't think he has a chance of an appeal."

For over 25 years, Guzman, nicknamed "El Chapo," or "Shorty" because of his 5-foot-6 stature, was the feared and heavily sought after leader of the mighty and violent Sinaloa Cartel.

Prosecutors have called him a "ruthless and bloodthirsty leader." Witnesses during the trial testified that Guzman ordered and sometimes took part in the torture and murder of perceived cartel enemies.

In 2001, Guzman fled Puente Grande prison in Jalisco, Mexico, by hiding in a laundry cart.

He was recaptured in 2014, but former associate Damaso Lopez testified during Guzman's trial that he, Guzman's wife and other family stayed in touch with Guzman while he was held in prison in the Mexican city of Altiplano. Lopez testified that Guzman asked for a tunnel to be built directly into his cell.

The mile-long tunnel, complete with electricity and ventilation, was what Guzman used to escape from prison a second time, on July 11, 2015.

Guzman was arrested once again in a bloody gun fight with Mexican marines and finally extradited to the United States in January 2017 to face the US judicial system.

"The Government of the United States is going to send me to a prison where my name will not ever be heard again," said Guzman in court, just before Judge Brian Cogan handed down his sentence.

Life in prison amid a pandemic

While on trial, Guzman slammed his conditions at the Metropolitan Correction Center, a federal prison in Manhattan where he was incarcerated before being transferred to Colorado.

"It's been torture, the most inhumane situation I have lived in my entire life," he said. "It has been physical, emotional and mental torture."

Guzman's legal team had filed requests for better prison conditions at the MCC, where he was kept in solitary confinement 23 hours a day. His attorneys said that since he was brought to the US he has spent more than two years without any access to fresh air or natural light, adding that he must sleep with the light on in his cell, conditions that attorneys say are "psychologically scarring."

Now, Guzman's lawyer has brought up similar concerns regarding his confinement in Colorado -- but argues conditions are worse there, especially amid the pandemic.

Covid-19 is having a significant impact on the nation's prison system, causing death and rates of infection that are 5.5 times higher than the general US population, according to a recent analysis by researchers at Johns Hopkins Bloomberg School of Public Health.

An outbreak at San Quentin State Prison, where more than half of the Covid-19 cases in state prisons have been reported, has claimed the lives of at least seven incarcerated people, according to a tally from the California Department of Corrections and Rehabilitation.

Due to the pandemic, the Federal Bureau of Prisons has temporarily suspended all visits and internal inmate movements order to prevent the spread of the virus inside their penitentiaries.

This has impacted El Chapo, too, as he remains a prisoner in what has been called the "Alcatraz of the Rockies."

Because of the Special Administrative Measures (SAMs) he is under, Guzman can only receive in person visits from his attorneys and the young twin daughters he fathered with his wife.

"He's even more alone now after Covid-19," said Colon. "They completely canceled all visits, legal and social. He was allowed three hours a week of outdoor exercise but that has also been suspended in order to limit his contact with the guards, so of course this has been hard, or harder on him and it has affected Mr. Guzman emotionally and psychologically in my opinion."

But this is the kind of fate that a man responsible for unspeakable violence and death deserves, Donovan said.

"What people never really grasp is the kind of evil that El Chapo really bestowed upon his own people, and certainly, on Americans through the drug trade," he said. "Thousands of people died or were ordered killed because of the Sinaloa Cartel. So yeah, he doesn't leave his cell. It is boring. It's monotonous. It's a daily routine. It is very sad but here's the difference. He's alive. And that means he could do plenty of things, unlike many of his victims."

'No chance at all of ever getting out'

After rendering the verdict, one of the 12 anonymous jurors reached out to journalist Keegan Hamilton from Vice News and alleged that many of those on the panel ignored the judge's instructions to stay away from any news reports about the case and lied when asked if they had been exposed to certain information.

At the time, Guzman's attorneys filed a motion seeking a new trial, but it was denied.

"I think the judge ruled correctly," Donovan said. "He reviewed the issue and came up with an honest conclusion in my opinion. I really don't think there is a basis there."

But according to Colon, Guzman remains optimistic.

"My personal impression is that everyone that is facing a life sentence like that is going to hold on to every piece of hope, and, of course he's very much looking forward to this appeal because he wants the opportunity to have a fair trial," said Colon.

Still, Donovan believes El Chapo will live out the rest of his days alone, in prison.

"No one has ever escaped Supermax. He has no chance at all of ever getting out of there."