One ticket in Illinois won the second-largest Mega Millions jackpot of an estimated $1.28 billion 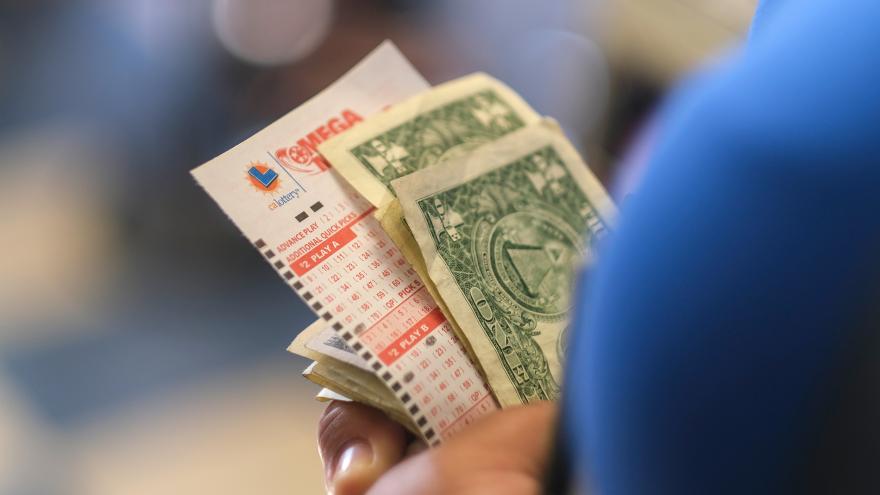 (CNN) -- The chase for the second-largest Mega Millions jackpot is over -- because a single ticket has claimed the whole estimated $1.28 billion.

One ticket bought in the Chicago area hit the top prize in Friday night's drawing, according to the Illinois Lottery, securing the third-largest jackpot of any US lottery game and ending a buildup that began when Mega Millions last drew a jackpot winner in mid-April.

The winning ticket was bought at a Speedway gas station in Des Plaines, roughly a 20-mile drive northwest of Chicago, the Illinois Lottery said. Information about who bought the ticket was not immediately available Saturday morning.

If the holder chooses a lump-sum cash option, the ticket will yield a one-time payment of an estimated $742.2 million. Otherwise, the roughly $1.28 billion prize will be spread over annual payments.

"We are thrilled to have witnessed one of the biggest jackpot wins in Mega Millions history," Pat McDonald, lead director for the Mega Millions Consortium, said in a news release Saturday. "We're eager to find out who won and look forward to congratulating the winner soon."

Some other ticket holders also won some sizable prizes Friday.

Twenty-six tickets won a secondary prize of at least $1 million because they matched the first five numbers.

Six of the 26 tickets won $2 million because the buyers matched not only the first five numbers, but also paid an additional $1 to activate the game's "multiplier," which elevates non-jackpot prizes.

One of the 26 tickets, sold in California, did not have the multiplier but still won more than $4.2 million, according to the state's lottery officials. That's because all prizes in California must be based on sales and number of winners instead of being a fixed amount.

The six $2 million tickets were sold in Arizona; Florida (three); Iowa and Pennsylvania, according to Mega Millions.

The jackpot had been rising since mid-April, when the jackpot was hit on consecutive drawings on April 12 and April 15. Since then, no ticket in twice-weekly drawings matched all six numbers -- which is tough. The odds of winning the jackpot are 1 in 302,575,350.

The largest ever Mega Millions jackpot of $1.537 billion was won by a single ticket sold in South Carolina in 2018. That's the second-largest jackpot for any US lottery game, and it's the world's largest lottery prize won by just one ticket, according to Mega Millions.

The Mega Millions website on Friday night became inaccessible for several minutes after the drawing. The lottery's jackpots start at $20 million and grow based on game sales and interest rates, according to its website.

Mega Millions tickets are sold in 45 states, Washington, DC, and the US Virgin Islands, where drawings are on Tuesdays and Fridays at 11 p.m. ET. Tickets are sold online in Georgia, Illinois, Kentucky, Michigan, New Hampshire, North Carolina, North Dakota, Pennsylvania, Virginia, and DC, but the purchaser must be in that state.