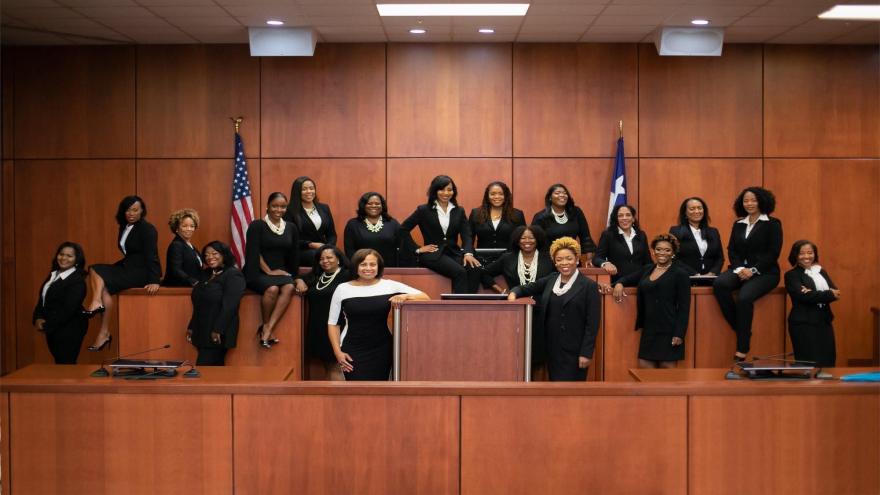 A new year brought the swearing-in of newly elected officials in Harris County, Texas, and among them were 17 black female judges.

(CNN) -- A new year brought the swearing-in of newly elected officials in Harris County, Texas, and among them were 17 black female judges.

The group of women, who were part of a local democratic campaign called "Black Girl Magic Texas," first made history -- and headlines -- when they won their respective midterm elections in November. Together, they make up what is believed to be the largest group of black female judges to be elected at the same time in Harris County history.

"Today we usher in a new era of representative government and progressive leadership in Harris County," the group wrote.

The public was invited to attend the ceremony, and images of the event from CNN affiliate KHOU show a packed house.

County Judge Lina Hidalgo was also sworn in on Tuesday. Hidalgo is a 27-year-old Colombian immigrant who unseated incumbent Republican Ed Emmett in November. At the time, Emmett had held the position of Country Judge for more than ten years.

Hidalgo has spoken at length about the importance of diversity in Harris County's government. "We made history in Harris County on November 6 by electing a talented group of individuals who reflect the people and communities we serve," she said in a press release for Tuesday's ceremony. "That would not have been possible without the support of the residents of Harris County."

Harris County, which includes Houston, is the largest county in the state. According to the most recent census data, 43% of people in Harris County are Hispanic, and nearly 20% of the county's residents identify as African-American.