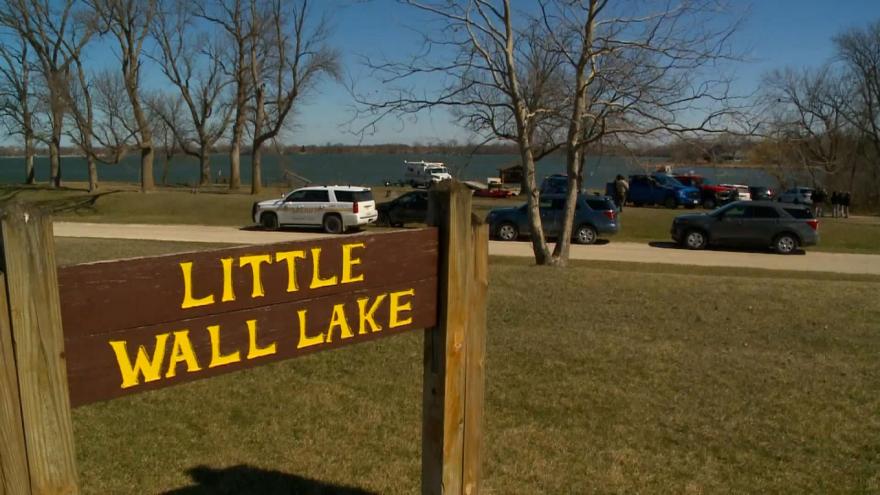 One student is dead and another is missing after a boat capsized, sending five members of a collegiate rowing crew in Little Wall Lake.

(CNN) -- Two students died after an Iowa State University crew club boat capsized with five students aboard during practice Sunday morning, according to the university.

The body of one student was recovered from Little Wall Lake on Monday morning by a dive team and the other body was recovered Sunday, a news release from the university said.

Three of the students who were rescued from the water have been treated and released from Mary Greeley Medical Center, the university release said.

Timmons said several residents who live near the lake sprang into action, saving some of the boaters.

"We had some heroes in the people who live in the houses here," the sheriff said. "There's some people who took some risks they didn't have to take and saved some lives."

While there were high winds at the time of the call, Timmons said, the investigation into what caused the boat to capsize is still ongoing.

The air temperature was just above freezing at 9 a.m., Sunday at Webster City Municipal Airport, about 16 miles northwest of the lake, said CNN meteorologist Monica Garrett.

Winds were strong all morning with sustained winds above 20 mph and wind gusts up to 30 mph. These winds made it feel like 25 degrees Fahrenheit, Garrett said.

Both the university and the sheriff's office said they are not releasing the names of the students involved at this time.

"The Iowa State community is heartbroken to learn of this tragic accident at Little Wall Lake," Iowa State University President Wendy Wintersteen said in the release. "At this time, we are focused on providing support to club members, their families and friends. We ask that everyone keep them in their thoughts during this very difficult time."