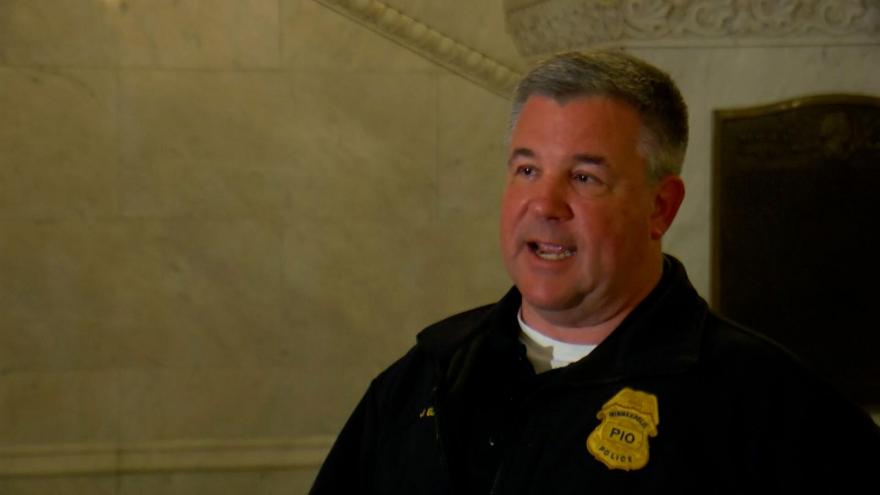 One person was shot to death Saturday night in Minneapolis at the same intersection where George Floyd died last year. John Elder, with Minneapolis police, provided details on the shooting.

(CNN) -- One person was shot to death Saturday night in Minneapolis at the same intersection where George Floyd died last year -- an area that has since become a memorial site.

When they arrived at the memorial site, "officers were met with some interference at the scene," Elder said, but did not provide further clarification.

They were then told that the victim had already been taken to a hospital, where he was later pronounced dead. The victim's name has not been released.

The shooter has not been identified or apprehended, Elder said, and police are asking for the public's help in locating the getaway vehicle, described as a light-colored Suburban with gunshot damage.

"Anyone with information is asked to contact Crime Stoppers of Minnesota," Elder said. "All tips are anonymous and anyone providing information leading to an arrest and conviction is eligible for a financial award."

An investigation is ongoing, he added.

Floyd, a 46-year-old Black man, died on May 25, 2020, after pleading he couldn't breathe as a police officer knelt on his neck for nearly eight minutes.

In September, the Minneapolis City Council unanimously voted to approve the renaming of the 38th Street and Chicago Avenue intersection after Floyd.