One person dead after car driven into crowd in Berlin 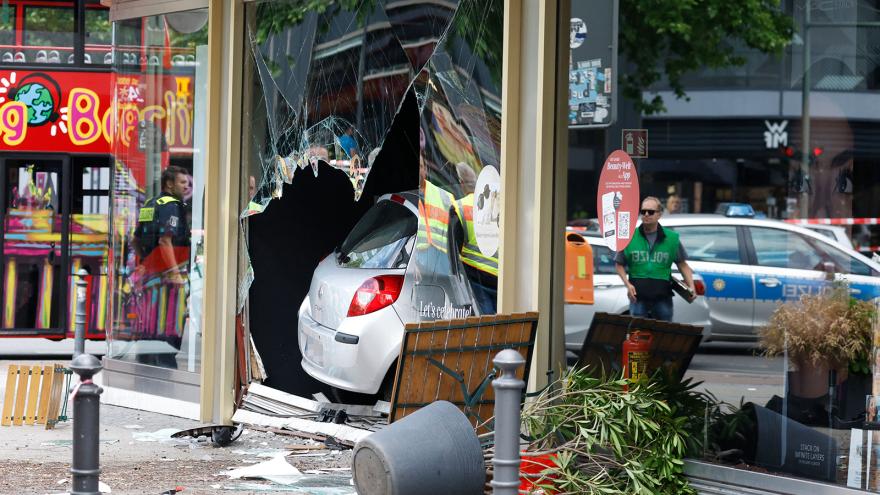 (CNN) -- A car has driven into a crowd in western Berlin, killing at least one person, authorities say.

The vehicle struck people near the Kaiser Wilhelm Memorial Church on a busy shopping street in the German capital, a spokesperson for Berlin's fire department told CNN.

More than a dozen people were injured, some of them seriously, in the incident on Wednesday morning, a police spokesperson said. Authorities had earlier given an initial estimate of 30 injured.

Berlin police said a major operation was underway in Tauentzienstraße, the shopping street in western Berlin where the incident took place.

"A man is believed to have driven into a group of people. It is not yet known whether it was an accident or a deliberate act," police said on Twitter, adding that the driver was being held at the scene.

Wednesday's incident unfolded near the scene of a fatal attack in December 2016, when Anis Amri, a Tunisian national, rammed a tractor trailer truck into a crowded Christmas market, killing 12 people and injuring 48.

This is a developing story ...