One of Trump's personal valets has tested positive for coronavirus 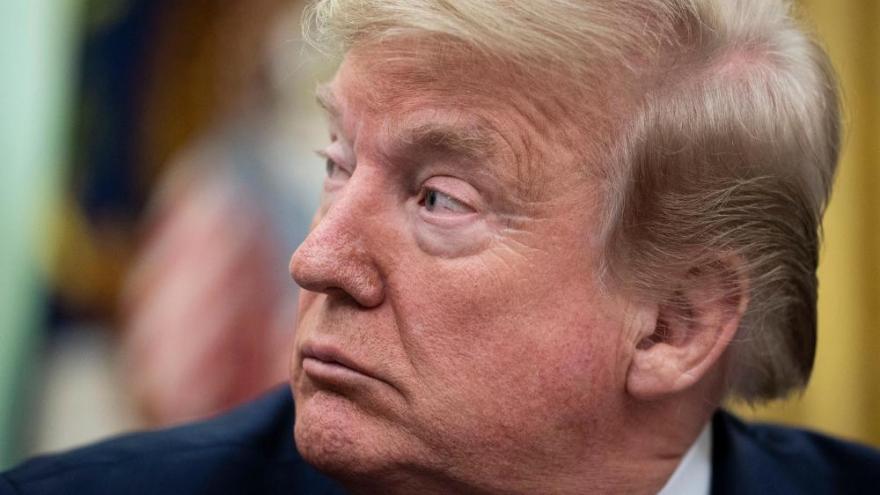 As the novel coronavirus pandemic continues in the United States, President Donald Trump talks to reporters after signing a proclamation honoring National Nurses Day in the Oval Office at the White House May 06, 2020 in Washington, DC.

(CNN) -- A member of the US Navy who serves as one of President Donald Trump's personal valets has tested positive for coronavirus, CNN learned Thursday, raising concerns about the President's possible exposure to the virus.

The valets are members of an elite military unit dedicated to the White House and often work very close to the President and first family. Trump was upset when he was informed Wednesday that the valet had tested positive, a source told CNN, and the President was subsequently tested again by the White House physician.

In a statement, the White House confirmed CNN's reporting that one of the President's staffers had tested positive.

"We were recently notified by the White House Medical Unit that a member of the United States Military, who works on the White House campus, has tested positive for Coronavirus," deputy White House press secretary Hogan Gidley said in a statement. "The President and the Vice President have since tested negative for the virus and they remain in great health."

Valets assist the President and first family with a variety of personal tasks. They are responsible for the President's food and beverage not only in the West Wing but also travel with him when he's on the road or out of the country. Past presidents have relied on them not only for these matters, but also as confidants. The valets have an inside view to a president's personal life like few others.

A White House source said the valet, a man who has not been identified, exhibited "symptoms" Wednesday morning, and said the news that someone close to Trump had tested positive for coronavirus was "hitting the fan" in the West Wing.

Trump, who is a self-described germophobe, has chastised aides before who coughed or sneezed in his presence. He has claimed to rarely get sick himself.

Trump, Vice President Mike Pence and the senior staffers who regularly interact with them have been getting tested weekly for coronavirus, two people familiar told CNN.

Later on Thursday, Trump told reporters he would be tested daily, saying there were "a number of days missed" between when the valet was last tested and when the valet discovered he had coronavirus.

The President also said he'd had "very little personal contact" with the man, a US military member, who tested positive. He described the situation as "a little bit strange."

The White House is continuing to use the rapid Abbott Labs test, which provide results in about 15 minutes. Several officials who have received the test said it's often administered in the Eisenhower Executive Office Building, next door to the West Wing on the White House grounds. A medical official swabs the staffer's nostrils and informs them that they'll be notified within the next several minutes if it's positive.

Still, the White House has not enforced strict social distancing guidelines for staffers and few people inside the building wear masks during the day, including valets.

Trump said before traveling aboard Air Force One earlier this week that he was not concerned about being in close quarters with other people since those around him are regularly tested.

"The test result comes back in five minutes, and we have great testing. Or they wouldn't be allowed to travel with me," Trump said. "It's not my choice; it's a very strong group of people that want to make sure they are tested, including Secret Service."

Still, a negative test and lack of symptoms isn't a sure sign that someone can't spread the virus.

People can be infectious, meaning they can transmit the virus to somebody else, up to two days before they start showing symptoms. Like any other virus, this can vary from person to person.

The coronavirus is spread between people mainly through respiratory droplets produced when an infected person coughs or sneezes. These droplets can then spread to the nose or mouth of people nearby or possibly be inhaled into the lungs, according to the CDC. This type of spread is more likely when people are in close contact with each other, within about six feet.

The CDC says that people who feel healthy but recently had close contact with a person with Covid-19 should stay home and monitor their health. They should quarantine by staying home until 14 days after their last exposure and should check their temperature twice a day and watch for symptoms. The CDC also recommends they stay away from people who are at higher risk for becoming very ill.

The White House did not say whether Trump would adhere to those guidelines after his valet tested positive.