'One of the most important stories of our lifetime:' Analyzing media coverage of Roe v. Wade 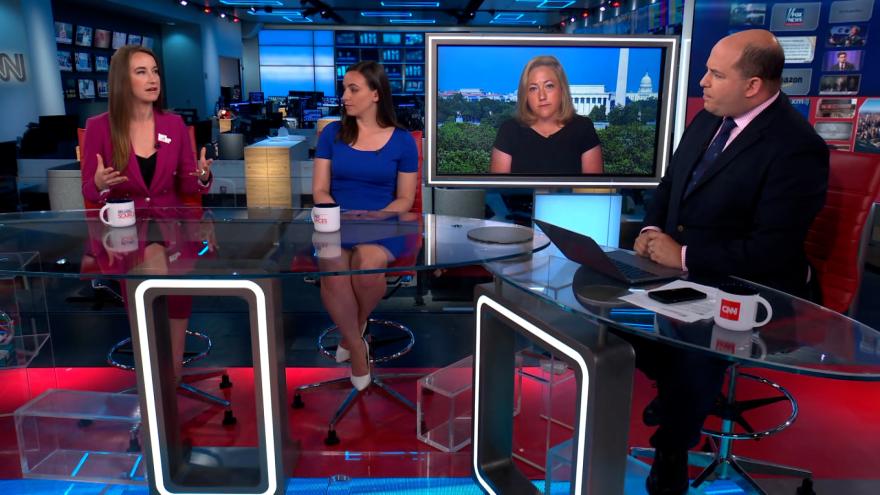 (CNN) -- The overturning of Roe v. Wade is "one of the most important stories of our lifetime," CNN's chief media correspondent Brian Stelter said on "Reliable Sources" Sunday.

But in 1973, the day after the decision came down, the main headline on many major newspapers was that former president Lyndon B. Johnson had died. Susan Matthews, news director at Slate and host of the podcast "Slow Burn: Roe v. Wade" said the justices on the Supreme Court then would likely be surprised to see the controversy still raging today.

"The justices knew that what they were doing was going to be a big deal when they announced it," Matthews said, "but they had no idea that it was going to be the controversy that it is now."

And though the story is dominating the headlines now, Republican strategist Sarah Longwell found the answers from swing voting Republican women fascinating on the importance of abortion in their lives.

When asked open-ended questions about the issues that matter most to them, few women named reproductive rights specifically, instead listing the economy and healthcare as top concerns. But when Longwell drilled down and asked women directly how they feel about Roe being repealed, even many pro-life respondents said they were alarmed by what they saw as a government overreach and attempt to regulate their bodies.

"It's not sort of a top of mind issue for a lot of these voters unless you're able to make it a high salience issue," Longwell said.

Planned Parenthood is helping their patients navigate what their rights are. Google search trends show women in red states are increasingly wondering how and where they can obtain abortion services.

"I don't think there's been a larger seismic shift of the way health care gets delivered in the wake of this Supreme Court decision," said Kate Smith, senior director of news content at Planned Parenthood and a former CBS reporter.

Some argue the media as an institution is "biased" on the issue of abortion and is overwhelmingly supportive of a woman's right to safely attain one.

That's why split screens on television news shows, with one side celebrating the end of Roe v. Wade and the other side protesting, can be misleading.

Only 9% of Americans in CBS polling this week said abortion should be illegal in all circumstances.

"And yet we have states that are doing exactly that," Smith said. "Before the Roe ruling, we saw Oklahoma passed a ban on abortion at fertilization. I mean, how many Americans agree with that? It's ridiculous."

Longwell said she's been a Republican "for a long time," but has watched the party radicalize in the Donald Trump era.

"The task for Democrats is going to be prosecuting that case broadly of extremism against these Republicans because they are out of step with where the average person is," Longwell said.