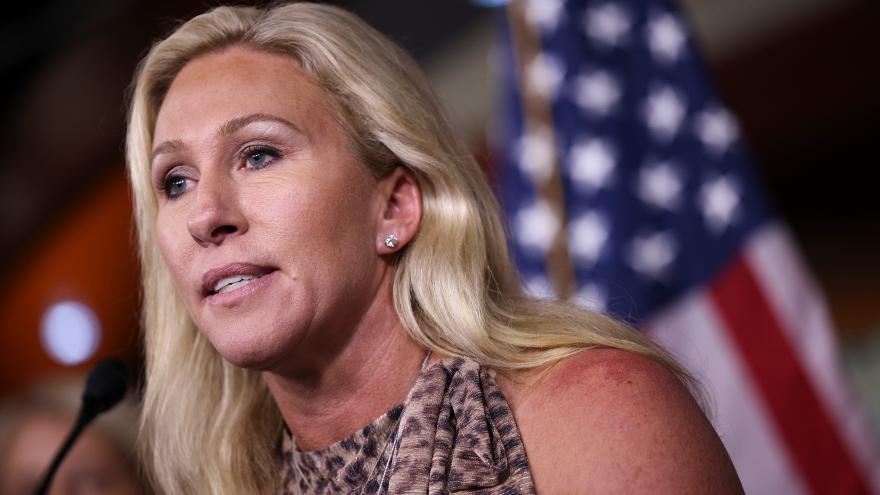 Greene, a right-wing Republican, most frequently tweeted from the handle @mtgreenee, which had more than 465,000 followers. She still has access to and can tweet from her official congressional account @RepMTG, which has more than 386,000 followers.

The Georgia lawmaker has a long history of embracing baseless conspiracy theories, and she has been a serial tweeter of false claims -- about the election, the Capitol insurrection and other subjects -- since she won her seat in November, 2020.

Greene's ban comes almost a year after the platform banned former President Donald Trump in the wake of the deadly January 6 insurrection.

The tweet that prompted the permanent ban included a misleading graph purporting to show deaths related to Covid-19 vaccines, which Greene claimed have been ignored, according to a person familiar with Twitter's decision.

Americans are encouraged to submit details on adverse events following Covid-19 vaccination to the US Department of Health and Human Services' Vaccine Adverse Event Reporting System, or VAERS. While many adverse events -- including deaths -- have been reported, very few have been causally linked to the vaccines. All Covid-19 vaccines available in the United States have been scientifically proven to be extremely safe and highly effective.

The tweet was sent at 1:46 p.m. ET on New Year's Day, according to a screenshot obtained by CNN.

According to Twitter's Covid-19 misinformation policy, users can receive a one-week suspension if they violate that policy four times. Violating the Covid-19 policy five or more times can result in a permanent ban.