On this day in 1963, Martin Luther King Jr. gave his iconic "I Have a Dream" speech 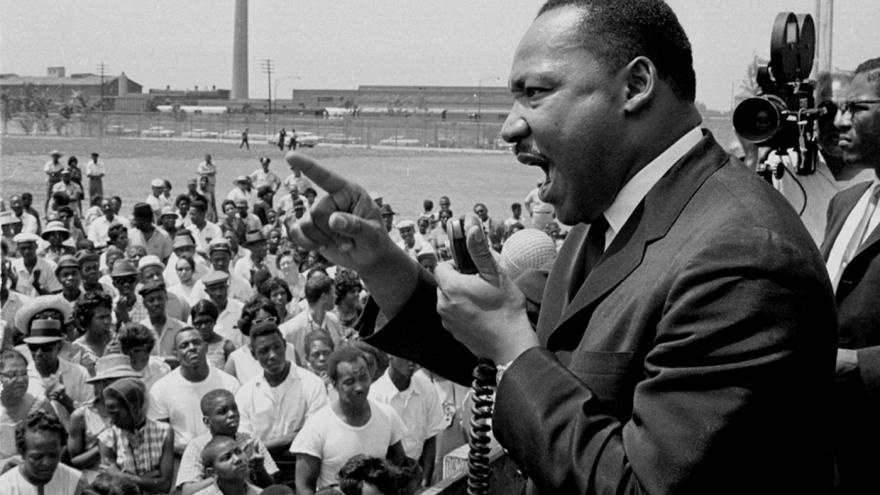 (CNN) -- As a crowd of nearly 250,000 people gathered outside the Lincoln Memorial in Washington, Rev. Martin Luther King Jr. spoke these historic words: "I have a dream."

That was today in 1963. His pivotal speech not only helped bring the Civil Rights Movement even more to the forefront, it also pressured Congress to pass the Civil Rights Act, which they did the following year.

The March on Washington was a revolutionary event at the time. People came from all over the country to attend, with one boy -- Robert Avery, who was just 15 years old -- hitchhiking almost 700 miles from Alabama to reach Washington.

Celebrities, too, traveled to attend the march. Harry Belafonte, actor and singer, extensively advocated for the match, bringing other celebrities to the march and encouraging studio heads in Hollywood to allow other actors to attend.

Their presence not only led to increased media attention -- it also helped ease some of then-President John F. Kennedy's anxieties about the march turning violent.

Even now, half a century later, King's "I Have a Dream" speech and the March on Washington continue to resonate, and the speech continues to represent a significant moment in history. A panel of scholars in 1999 ranked the best speeches of the 20th century, and they put King's speech at No. 1 -- ahead of Kennedy's 1961 "Ask Not What Your Country Can Do For You" inaugural address.

4 myths and 4 fascinating facts about MLK