On a single Kentucky street, the tornado killed 7 children 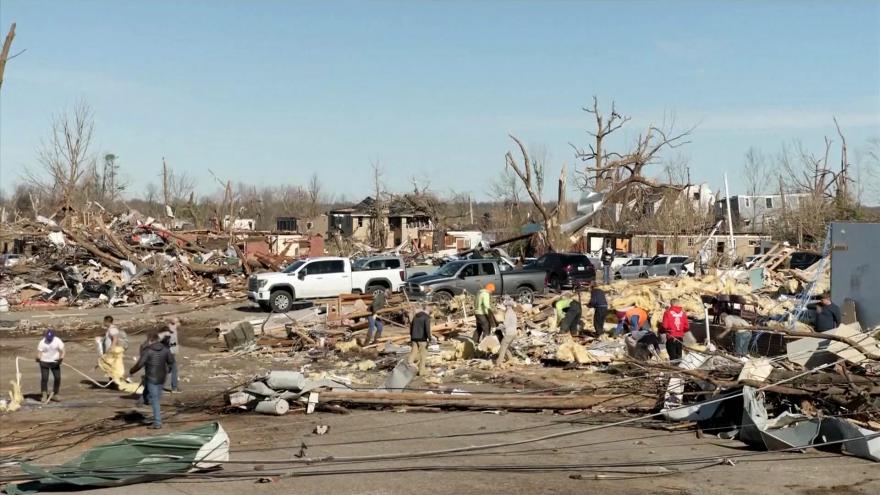 BOWLING GREEN, Ky. (AP) — When a tornado touched down in Bowling Green, Kentucky, in the middle of the night, its violence was centered on one friendly subdivision. It's a place where everyone waved at one another, and giggling children spent afternoons tooling around on bicycles on the sidewalks.

Fourteen people died in a few blocks. Eleven of them were from a single street. Entire families were lost. Between them were seven children. Two of those were infants.

Neighbors who survived are so stricken with grief they struggle to speak of it. All around them, amid the ruins, is evidence of the kids they used to watch climb off the school bus.