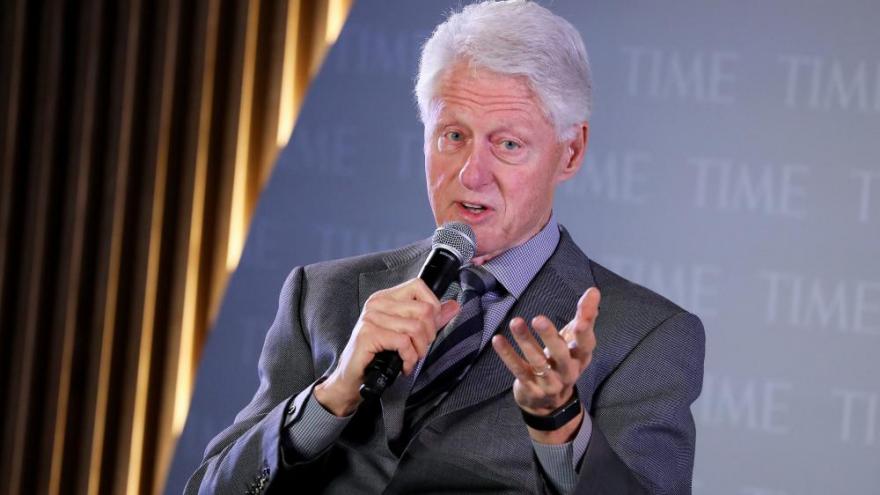 On the 25th anniversary of the bombing of the Alfred P. Murrah Federal Building, former President Bill Clinton said that horrific act of terrorism in Oklahoma City provides lessons as America rebuilds from the deadly coronavirus pandemic.

(CNN) -- On the 25th anniversary of the bombing of the Alfred P. Murrah Federal Building, former President Bill Clinton said that horrific act of terrorism in Oklahoma City provides lessons as America rebuilds from the deadly coronavirus pandemic.

"In many ways, this is the perfect time to remember Oklahoma City and to repeat the promise we made to them in 1995 to all Americans today," Clinton wrote in an op-ed published Sunday in The Oklahoman. "We have not lost each other, we have not lost America, and we will stand together for as many tomorrows as it takes."

It was 25 years ago on Sunday that a Ryder truck filled with fuel and fertilizer exploded outside the federal building in downtown Oklahoma City. The bombing killed 168 people, including 15 children inside a day care center, and injured hundreds, which at the time made April 19, 1995 the deadliest day for a terrorist act in the US, before the attacks of September 11, 2001.

Clinton, who was in the third year of his presidency at the time, recalled that moment of historic challenge on Sunday as he reflected on the nation's current crisis.

"We face the same choice today," Clinton wrote. "The best way to honor those who perished in Oklahoma City, and those all across America lost in the current crisis, is to embrace the Oklahoma Standard: service, honor and kindness. It worked wonders before. It will again."

For the first time, the ceremony commemorating the attack could not be held on Sunday morning in Oklahoma City. The solemn memorial park that was built at the site of the attack, with a reflecting pool and 168 glass and steel chairs, is closed to the public to help stem the spread of coronavirus.

Clinton, who visited the site four days after the attack, recalled the message he delivered that day to a grieving city and nation: "You have lost too much, but you have not lost everything. And you have certainly not lost America."

In his op-ed on Sunday, he drew parallels to lessons that sprung from that act of violence.

"Twenty-five years ago, the people of Oklahoma City made a decision that their future would not be defined by what was done to them, but by what they would do to move forward together," Clinton wrote. "That choice has not made their pain any less real. But by shouldering their losses as one, with all of America standing behind them, they have emerged stronger."