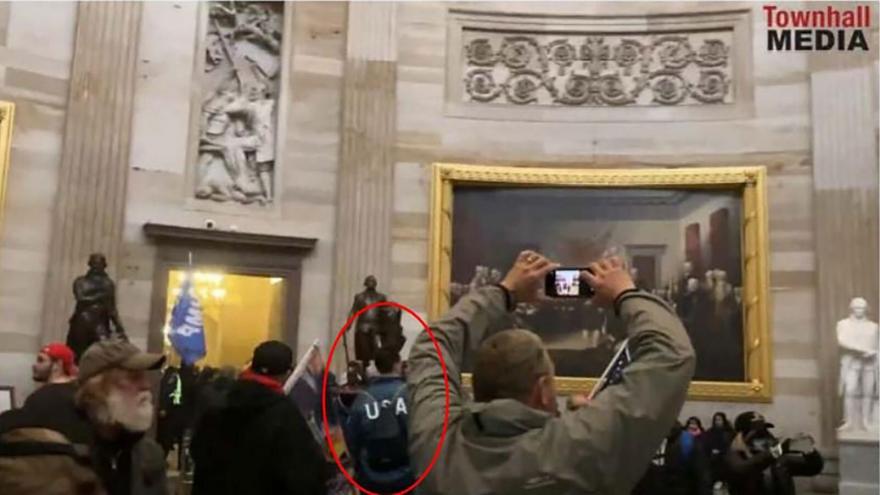 Keller was seen wearing a US Olympic Team jacket as part of the mob in the Capitol on January 6.

(CNN) -- Klete Keller, who won five Olympic swimming medals, including two relay golds, was charged Wednesday for his alleged participation in the Capitol riot last week, according to court documents.

Keller was charged with knowingly entering or remaining in any restricted building or grounds without lawful authority, violent entry and disorderly conduct on Capitol grounds, and obstructing law enforcement engaged in official duties incident to civil disorder, according to documents filed in US District Court in Washington, DC.

It is unclear whether Keller has an attorney and whether he is in custody.

He is best known for anchoring the winning US team in the 4x200-meter freestyle relay at the 2004 Olympic Games in Athens, in which he held off gold medalist Ian Thorpe of Australia.

Keller won four other medals at three Olympics, including gold in the same event in 2008 in Beijing.

The court documents also say research showed Keller was identified by media outlets such as SwimSwam, which covers competitive swimming.

FBI Special Agent Matthew R. Barofsky wrote in court documents that he confirmed Keller's identity by comparing photos he was in to his Colorado driver's license.

The photos from the Capitol also show Keller is wearing a US Olympic Team jacket and "appears to be one of the tallest individuals," Barofsky writes in his statement of facts. Keller is 6 feet, 6 inches tall.

In a statement, USA Swimming told CNN, "We respect private individuals' and groups' rights to peacefully protest but in no way condone the actions taken by those at the Capitol last week."

The United States Olympic & Paralympic Committee said it condemned the actions of the rioters.

"We support the right to peacefully protest and express values and viewpoints in a respectful and lawful manner -- that is what makes our democracy strong. Sadly, that is not what happened in this case," the organization said in a statement.

Correction: A previous headline on this story incorrectly stated Keller's status. He has been charged and a warrant has been issued for his arrest. CNN has not confirmed whether he has been arrested.