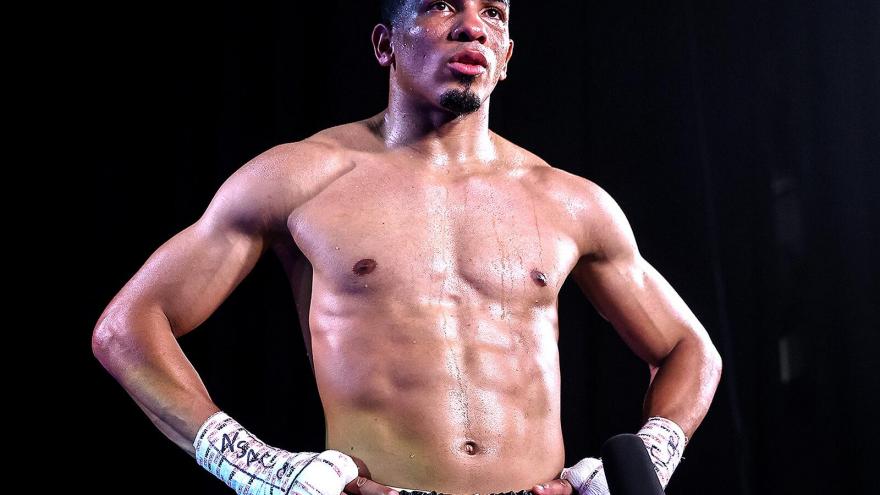 Puerto Rican boxer Félix Verdejo Sánchez allegedly killed a woman who said she was pregnant with his baby, officials say.

(CNN) -- Puerto Rican boxer Félix Verdejo Sánchez has been charged with kidnapping and killing a woman who said she was pregnant with his baby, according to court documents.

Keishla Rodríguez Ortiz and her unborn child were found dead in the San Jose Lagoon on Saturday. A day later, Verdejo -- who competed in the 2012 Olympics -- was arrested and charged with their kidnapping, carjacking and killing, federal court documents show.

CNN has reached out to Verdejo's attorneys for comment.

"I commend our partners in the FBI, the Puerto Rico Police Bureau, and the Puerto Rico Department of Justice for their dedicated and tireless efforts that led to the charges and arrest of the defendant," said US Attorney W. Stephen Muldrow. "We will continue working towards the ending of gender-based violence, and we offer our deepest condolences to the family of the victim."

Though some of the charges carry a maximum penalty of death, it is unknown if federal prosecutors will pursue the death penalty in this case.

A witness told authorities Verdejo contacted him to help terminate a pregnancy after Rodríguez Ortiz told him she had taken a pregnancy test and was expecting his child, according to the complaint.

Verdejo and the witness, who is not named in the complaint, met her near her home. After a conversation, Verdejo punched Rodríguez Ortiz in the face, injected her with a syringe, and both he and the witness restrained her arms and feet with wire, the complaint said.

Verdejo and the witness then drove both his and Rodríguez Ortiz's car to the Teodoro Moscoso Bridge over the San Jose Lagoon. There, they threw her into the water, with Verdejo shooting at the victim from the bridge, the complaint alleges.

"I congratulate the policemen, prosecutors and forensic sciences personnel, who, as a single team, tirelessly and with the greatest of commitments, put their hearts to solve Keishla's case in an agile and precise way," said Antonio López, Puerto Rico Police Bureau Commissioner. "Our commitment to her family, from day one, was to do justice to Keishla and we have already begun to do so."