Olympians travel to these rugged places to train. So can you 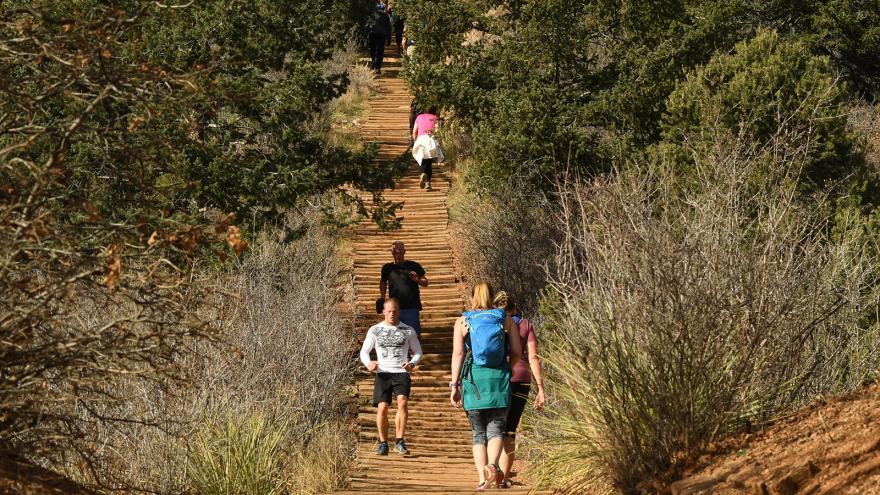 (CNN) -- After watching so many impressive Olympic performances, you may be inspired to ratchet up your fitness routine or sports practice. You may even wish you could try an Olympic-caliber workout to see what it's like.

While there are several Olympic training centers in the United States reserved for elite athletes, that's not where most Olympic hopefuls train. Most simply work out in the region where they live, sometimes traveling to a training camp or special locale once or twice a year, said Todd Buckingham, a world champion triathlete and exercise physiologist at Michigan's Mary Free Bed Sports Rehabilitation Performance Lab.

"This is usually to train with other elite athletes and create the optimal training environment without any outside distractions," he said.

These camps and special spots are often in mountainous areas where athletes can train at elevation, or where a particular sport is especially popular. Here are four places where Olympians often gather -- and where you can work out, too.

Soldier Hollow Nordic Center (shown above) is tucked into the Wasatch Mountains and was the site of the Salt Lake City 2002 Winter Olympics for biathlon and cross-country skiing. While many elites train here, its 16 miles of trail (26 kilometers) are open to everyone. Five-time Olympian Kikkan Randall said it's one of her favorite places to ski.

"While Soldier Hollow has Olympic-caliber trails, they've done a good job making them accessible for beginners all the way up to elites," she said.

Challenge you can try: Randall's "one-third" workout. Select one of the easy trails, then warm up for 15 or 20 minutes. Next, elevate your pace for another 15 or 20 minutes before cooling down for the same length of time. "You should be breathing a little hard in the middle, but not feeling any heaviness in your muscles," she said.

The Manitou Incline is a 2,744-step outdoor staircase that pitches nearly 2,000 vertical feet (600 meters) in just under 1 mile (1.6 kilometers). Some sections feature a whopping 68% grade. Initially a cable car track used to ferry pipeline materials to Pikes Peak. It morphed into a cable car tourist attraction and then, in 2013, into a unique hiking trail.

Some 70,000 people tackle the Incline annually, including scores of athletes from the US Olympic Training Center and US Air Force Academy in nearby Colorado Springs. While it takes the average person an hour or more to reach the top, many elite athletes can summit in less than 30 minutes. The current speed record is a blistering 17:45, set In 2015 by runner Joseph Gray just a few weeks after he competed in the World Mountain Running Championships.

Challenge you can try: Hiking to the top without stopping. If that's too difficult, rest as often as needed. You can also get off at the Bailout, a false summit 0.6 mile (1 kilometer) up the incline. The Bailout connects with the Barr Trail, an easy path leading back down the mountain. Stopping at the Bailout also allows you to avoid the steepest portion of the trail.

Pro road-racing cyclists and the US Army West Point Triathlon Team have been spotted training on Mt. Lemmon. It's tradition among many riders who summit to celebrate their accomplishment at the Mt. Lemmon Cookie Cabin, where the favored indulgence is the Ice Cream Cookie: a plate-size cookie topped with four scoops of ice cream, a towering mound of whipped cream and as many toppings as you can handle.

Challenge you can try: Cycling to the summit. Start at the intersection of Tanque Verde Road and Catalina Highway and bike slowly but steadily to Summerhaven. If that's too much, there are rest stops at miles 5.5, 12, 14 and 21 where you can take a break or turn around.

Many elite runners live and train in the Portland area, which is also home to Nike World Headquarters. And one of their go-to spots to run is Forest Park, said Andrew Schupp, owner of Schupp Chiropractic & Sports Injuries in Madison, Wisconsin. Schupp, a former collegiate runner at Michigan State University, regularly spotted Olympians there while attending chiropractic school in Portland.

The 5,200-acre (2.1-squre-meter) park features more than 80 miles (129 kilometers) of trail that wind around the Tualatin Mountains. Its two main paths, Wildwood Trail and Leif Erikson Drive, feature distance markers every quarter mile. The trails at Forest Park are generally rolling, although there are plenty of taxing climbs, Schupp said.

Challenge you can try: Intervals on a hilly stretch. After warming up, Schupp suggested running hard for one minute, then easy for one minute; then hard for two minutes and easy for one; then hard for three minutes and easy for two; then reversing back down. If you want more of a challenge, he said to try some hill repeats on Firelane 1. "Firelane 1 is a massive hill," Schupp said, "so it's a tough workout."

Once you've tried an Olympic-caliber workout, it's important to do what Olympians do next: Get plenty of rest. Obtaining adequate rest is something many regular athletes ignore, said Dr. Rand McClain, an osteopath and chief medical officer at LCR Health, a regenerative and sports medicine facility in Santa Monica, California.

"Without rest (and good nutrition), all the training in the world will not result in gains in fitness," he said. "And, in fact, it could result in overtraining and reduced fitness."