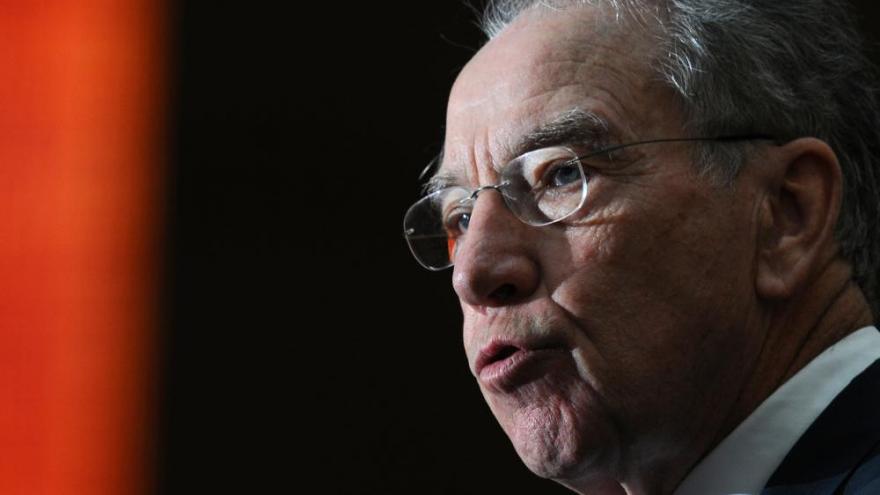 Sen. Chuck Grassley said he will not be attending the 2020 Republican National Convention because of the coronavirus.

(CNN) -- The Senate's oldest Republican, Chuck Grassley of Iowa, told local reporters on Monday that he won't attend the 2020 Republican National Convention because of coronavirus concerns.

Another elder Republican senator, Lamar Alexander of Tennessee, also announced he won't be attending, though he didn't cite coronavirus.

"I'm not going to go. And I'm not going to go because of the virus situation," Grassley, 86, said during a call with reporters, according to The Des Moines Register. The senator's office confirmed to CNN that the comments reported by the newspaper are accurate.

Grassley is also the Senate's longest-serving Republican and serves in the role of president pro tempore, which places him third in the line of presidential succession, after the vice president and House speaker.

The office of Alexander, 80, who chairs the Senate Committee on Health, Education, Labor and Pensions, said he's not attending because "he believes the delegate spots should be reserved for those who have not had that privilege before as he has had." Alexander self-quarantined in May after a staffer in his office tested positive for coronavirus.

President Donald Trump is set to accept the 2020 Republican presidential nomination in Jacksonville, Florida, at a venue that holds 15,000 people. The President, who wants a full-scale convention, decided to change the location from Charlotte, North Carolina, after a dispute with the state's Democratic governor about social distancing guidelines put in place to limit the spread of coronavirus.

But health experts -- and Republican officials -- have expressed alarm over a recent spike of coronavirus cases in Florida.

The state set a record for most new coronavirus cases in the US in a single day on Saturday, with 11,458, according to data compiled by Johns Hopkins University, and on Sunday the state surpassed 200,000 Covid-19 cases.

"We clearly haven't beat it," Republican Sen. Rick Scott of Florida told CNBC last month. "So I think everybody is concerned when they read about the cases, the number of cases up."

The Des Moines Register reported that this will be the first time in 40 years that Grassley has not attended the convention and that the senator said he has gone to every one since his election to the Senate in 1980.

This story has been updated with additional context.