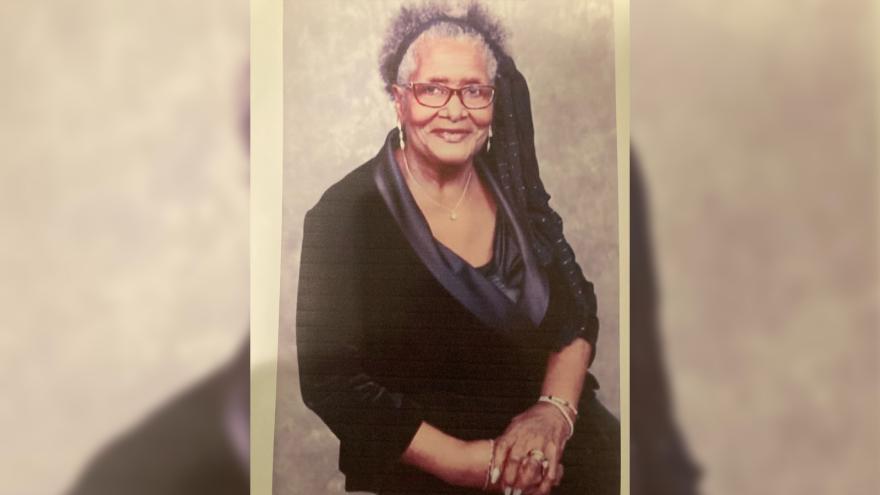 (CNN) -- The eldest victim of the Buffalo supermarket massacre will be laid to rest Saturday.

The family and friends of 86-year-old Ruth E. Whitfield are holding both visitation and funeral services at a Buffalo church two weeks after police say a White supremacist killed Whitfield and nine other people. Authorities say the gunman targeted the Tops Friendly Markets store because it was in a predominately Black neighborhood.

Vice President Kamala Harris and her husband, Doug Emhoff, met with Whitfield's relatives ahead of the services, according to the White House. They will also meet with more families of the mass shooting victims along with Buffalo Mayor Byron Brown.

Whitfield had just left from visiting her husband at a nursing home -- a daily routine for eight years -- when she stopped at Tops for groceries, her son Garnell Whitfield told CNN's Omar Jimenez.

Garnell Whitfield said he had been trying to call his mother after hearing about the shooting but couldn't get in touch with her. He drove by her house and then went to Tops where he found her car in the parking lot. Whitfield would later learn that his mother was among the victims.

"Devastation, anger, hurt, disbelief, pain," Whitfield said, describing his feelings that day. "She was the glue that held our family together."

Whitfield said his family will not shy away from calling out the suspect's alleged motive.

"It is White supremacy. It is hate. It is racism. It is bigotry," Whitfield said. "And we gotta call it what it is and stop beating around the bush and take it head on because it's proliferating. It's not getting better."

Whitfield is survived by her husband of 68 years, Garnell W. Whitfield Sr., her children and numerous grandchildren. Her services come after funerals for other victims were held in the past week.

Chaney was buried Tuesday, and several family members spoke at her funeral. According to CNN affiliate WGRZ, Chaney, 65, had survived three aneurysms and breast cancer, which inspired people to wear pink in her honor.

"She was a very peaceful, sweet person and I feel like people should learn to be like that themselves," Chaney's granddaughter, Kayla Jones, said at the funeral.

President Joe Biden and first lady Jill Biden visited the area in the first days after the shooting happened, calling it an act of domestic terrorism and condemning the racist ideology of the suspected shooter.