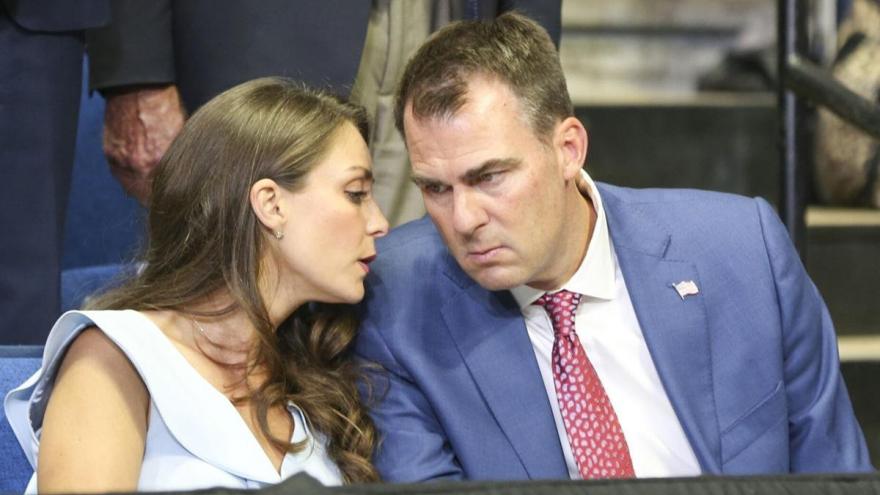 On Dec. 17, Sarah Stitt was driving a 2019 black Chevy Suburban when she failed to stop for a traffic signal at N.E. 36th Street and Lincoln Boulevard, according to a collision report.

She collided with 2014 gray Ford with one occupant, according to the collision report.

Stitt was uninjured, but the individual in the second vehicle was taken to the hospital, according to the report. At the time, a DPS spokeswoman said the injuries to the transported individual were minor.

Wrecker services removed both vehicles, according to the report.

The state purchased the vehicle for $56,612, according to the Department of Public Safety. A repair cost was not immediately available, but the state will pay to have it repaired, said Sarah Stewart, a DPS spokeswoman.

She was driving a different 2019 black Chevy Suburban when she was on a private drive and attempted to travel westbound on East Second Street, according to an accident report. She failed to yield, the report indicated.

Both vehicles were driven from the scene with no injuries reported, according to the report.

The repair cost to the state vehicle was $4,070.16 and was paid for by the state, according to the Oklahoma Department of Public Safety.

The state purchased the vehicle at a cost of $40,996.25, according to the Oklahoma Department of Public Safety.

Both vehicles driven by Stitt were part of the state fleet and she received them used, according to the Department of Public Safety.

Neither accident report indicates that Stitt received a citation.

A spokeswoman for the Edmond Police Department said it was up to discretion of the officer to determine if a citation would be issued.

“It is always up to the individual trooper’s discretion investigating the crash whether or not they issue a citation,” Stewart said. “Not all motorists that contribute to a collision get ticketed.”

Both vehicles were equipped with lights, a siren and radio, Stewart said.

“Anyone that is not law enforcement can have those items in their vehicle, they just can’t use them,” Stewart said. “These vehicles are part of a fleet of vehicles for DPS. They are equipped that way so they can be moved around and are always ready to be used by a trooper.”

According to state law, the public safety commissioner shall provide personal security and protection, transportation and communications capabilities for the governor, the governor’s immediate family, and the lieutenant governor.

The law authorizes the commissioner to provide necessary communications equipment even if they are not on state property or in state vehicles.

Stewart said Stitt can drive the state vehicles while she is on state business.

Gov. Kevin Stitt’s office was asked to comment on the accidents.

“Like any husband, the governor is relieved that no one was seriously injured and appreciates the concern Oklahomans have shown the first lady,” said Charlie Hannema, a Stitt spokesman.