Oklahoma puts first inmate to death since 2015, but witness reports he convulsed and vomited during execution 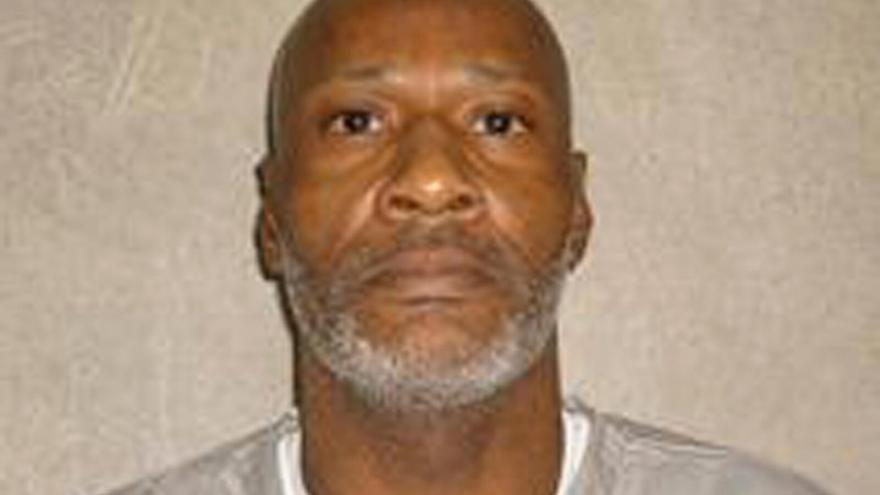 John Marion Grant killed a cafeteria worker while in an Oklahoma prison for robbery. Hours after the US Supreme Court vacated a ruling that granted a stay of execution for death row inmate John Grant, a witness to the execution on said Grant convulsed and vomited after the first drug, Midazolam, was administered.

(CNN) -- An Oklahoma death row inmate who was executed Thursday convulsed and vomited shortly after receiving the first drug, a witness said, in the state's first execution since it postponed lethal injections years ago for a review.

The first drug used in John Grant's execution was midazolam, a sedative that some states introduced to execution procedures in recent years as drug companies forbade use of other products.

Midazolam's use has been controversial, as death penalty critics have argued that it's not a painkilling anesthetic.

On Thursday, Grant began convulsing almost immediately after midazolam -- the first in Oklahoma's three-drug lethal injection protocol -- was administered, according to CNN affiliate KOKH reporter Dan Snyder, who attended the execution at the state penitentiary in McAlester, Oklahoma.

"His entire upper back repeatedly lifted off the gurney," Snyder said. "As the convulsions continued, Grant then began to vomit."

For the next few minutes, medical staff entered the room multiple times to wipe away and remove vomit from the still-breathing Grant, according to Snyder. Grant was declared unconscious by medical staff at about 4:15 pm.

The second and third drugs were administered a minute later, according to Snyder.

The time of death was 4:21 p.m. CT, according to Oklahoma corrections spokesperson Justin Wolf.

Grant was convicted in 2000 of first-degree murder for killing prison worker Gay Carter in the kitchen of the Dick Conner Correctional Facility in 1998. Before that killing, Grant was serving what amounted to a life sentence for several armed robbery convictions, state corrections records show.

"Inmate Grant's execution was carried out in accordance with Oklahoma Department of Corrections' protocols and without complication," Wolf said.

Grant's lethal injection came hours after the US Supreme Court vacated a ruling that had granted a stay of his execution.

A series of controversies and postponements

Grant's execution was Oklahoma's first since January 2015, after which the state put a moratorium on lethal injections following a series of controversies.

The first was in April 2014, when Oklahoma executed Clayton Lockett. After he was injected with midazolam, instead of becoming unconscious, he twitched, convulsed and spoke. The execution procedure was halted, but Lockett died less than an hour later of a heart attack.

Lockett's execution was the first time Oklahoma used midazolam as the first drug in its three-drug cocktail. Until about 2010, states employed a fairly standard lethal injection formula that included the anesthetic sodium thiopental. But after the sole US manufacturer stopped making the drug and European companies refused to sell it for use in executions, states faced drug shortages for the lethal cocktail and searched for alternatives.

Oklahoma and six other states turned to midazolam as a replacement.

After Lockett's execution, then-Gov. Mary Fallin ordered a review of the state's procedures, which took five months to complete. In a September 2014 report, the Oklahoma Department of Public Safety said complications with the placement of an IV into Lockett played a significant role in problems with his execution.

The state that month adopted a new execution protocol that included increasing the midazolam dosage.

In January 2015, Oklahoma put inmate Charles Warner to death with the revised procedure. That ultimately would be Oklahoma's last execution until Thursday.

Days after Warner's execution, the US Supreme Court agreed to hear a case in which inmates argued Oklahoma's protocol violated the Constitution's ban on cruel and unusual punishment.

The high court in June 2015 upheld Oklahoma's use of midazolam by a 5-4 vote.

Oklahoma was then set to execute inmate Richard Glossip in the fall of 2015, but that was called off when the state learned a supplier had sent the Department of Corrections potassium acetate instead of potassium chloride. Potassium chloride, the third drug in Oklahoma's protocol, is used in executions to stop inmates' hearts.

A grand jury then reviewed the execution protocol and recommended protocol revisions, including verifying execution drugs at each step and more training for the execution team. The revised protocol still includes the use of midazolam.

Oklahoma announced last year that it would resume executions with the revisions.

Earlier this week, the Oklahoma Department of Corrections said in a news release, "After investing significant hours into reviewing policies and practices to ensure that executions are handled humanely, efficiently, and in accordance with state statute and court rulings, the Oklahoma Department of Corrections is prepared to resume executions in the state of Oklahoma."

"ODOC continues to use the approved three drug protocol which has proven humane and effective. The agency has confirmed a source to supply the drugs needed for all currently scheduled executions. Extensive validations and redundancies have been implemented since the last execution in order to ensure that the process works as intended," the release reads.

An attorney for Grant, Sarah Jernigan, said in a statement to CNN on Thursday, "John Grant took full responsibility for the murder of Gay Carter, and he spent his years on death row trying to understand and atone for his actions, more than any other client I have worked with.

"Through all of this, John never received the mental health care he needed or deserved in prison. And when he eventually committed a violent crime, the murder of a prison worker, Oklahoma provided him with incompetent lawyers who had no business handling a case with the ultimate punishment at stake," Jernigan wrote.

Correction: An earlier version of this story gave an incorrect surname for Grant's victim. She was Gay Carter.