Oil spikes back above $100 as Russia fears grow 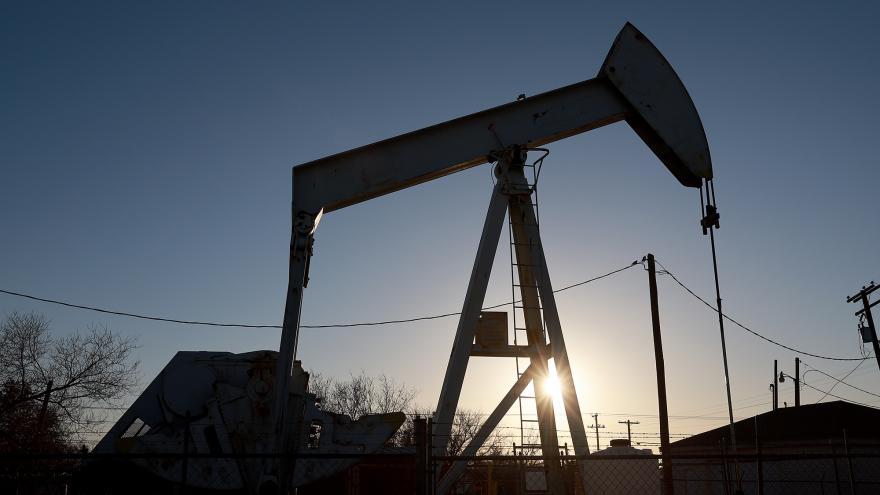 (CNN) -- Oil prices surged Thursday back above $100 a barrel on renewed concerns about the war in Ukraine disrupting Russia's energy supplies.

The swift rebound in oil prices will be watched closely by leaders in Washington and on Wall Street because high energy prices threaten to exacerbate inflation and slow the economy.

Energy traders blamed Thursday's spike on growing pessimism about a resolution between Russia and Ukraine being reached in the near term.

"The mood has darkened a little bit," said Robert Yawger, vice president of energy futures at Mizuho Securities. "It sounds like this is going to be a dragged-out situation."

The recent drop in oil prices was driven in part by hopes for a potential ceasefire. The longer the war goes on, the bigger the threat to Russia's oil flows.

"Given Putin's actions in recent times we shouldn't get our hopes up," said Matt Smith, lead oil analyst of the Americas at Kpler.

The International Energy Agency warned Wednesday that a staggering 30% of Russia's oil production could be knocked offline within weeks, exposing the world economy to a potential supply crisis.

"The implications of a potential loss of Russian oil exports to global markets cannot be understated," the IEA said in its monthly report.

Despite Thursday's rebound, oil prices remain well below their recent peaks. US crude spiked to a nearly 14-year high of $130.50 a barrel on March 6, while Brent hit nearly $140 a barrel.

Gasoline prices are only inching lower, drawing criticism of the energy industry from the White House.

The national average for regular gas dipped to $4.29 a gallon on Thursday, according to AAA. That's down by two cents from Wednesday and four cents from the record high of $4.33.