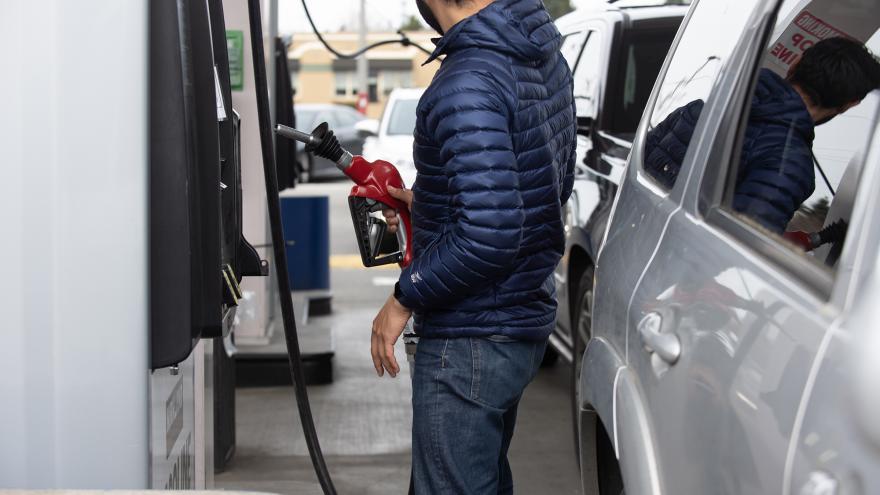 (CNN) -- Oil prices rose sharply Wednesday after Russia warned a major oil pipeline could be out of service for more than a month due to storm damage, amplifying supply shortfalls caused by the war in Ukraine.

The Caspian Pipeline Consortium, a system that carries oil from West Kazakhstan and Russian oil producers to the Black Sea, said in a statement Tuesday that an inspection revealed damage to a marine terminal. The group said some operations are being temporarily suspended to make repairs.

A Russian energy official, quoted by Russian state news agency TASS, said Tuesday that the repair of the marine terminal near the Black Sea port of Novorossiysk could take six weeks to two months and may shrink oil exports by about 1 million barrels per day.

"This is a rather serious timeframe," Pavel Sorokin, Russia's deputy energy minister, was quoted as saying by TASS. He added that a heavy storm damaged at least one of the three oil loading facilities and assessments are ongoing.

The Russian government and Chevron own stakes in the Caspian Pipeline Consortium, which carries oil out of landlocked Kazakhstan.

In a statement, Chevron said it is "currently assessing the situation" and directed further inquiries to the pipeline consortium.

"This is quite a significant supply shock," said Ryan Fitzmaurice, energy strategist at Rabobank.

The Caspian outage is adding to concerns about oil supplies from the region following Russia's invasion of Ukraine and sanctions on Moscow by the West. Those penalties have made energy, shipping and financial industries nervous about handling Russian barrels.

"It's becoming increasingly bullish on the supply side — dangerously so," Fitzmaurice said.

Energy markets are on edge. Brent crude oil has surged 24% since closing at $98.02 a barrel on March 16, though it remains shy of the recent peak of nearly $139 a barrel set earlier this month.

The disruption comes as Russia's economy is in severe turmoil and the invasion of Ukraine is making little progress. Analysts have previously warned that Russia could weaponize oil by intentionally holding back supplies in a bid to punish the West.

"The timing is interesting, to say the least," said Fitzmaurice.

US Energy Secretary Jennifer Granholm noted the Caspian pipeline outage in a speech on Wednesday and used it to repeat her recent calls for greater domestic production of fossil fuels.

"What does this say to us about our role in creating a secure energy future that is free from being under the thumb of Putin or any countries that are adverse to our interests?" Granholm said at an International Energy Agency event in Paris. "For our part, we've delivered a clear message to our domestic oil and gas companies. We want that industry to ramp up production where and whenever they can, right now."

After Russia's invasion of Ukraine, Chevron noted during a March 1 call with reporters that its only real exposure to Russia is through the Caspian pipeline system. Chevron CEO Mike Wirth expressed confidence at the time that oil would continue flowing through the critical artery.

"We've had no indications from any government that operations of the Caspian Pipeline Consortium are likely to be interrupted," Wirth said.