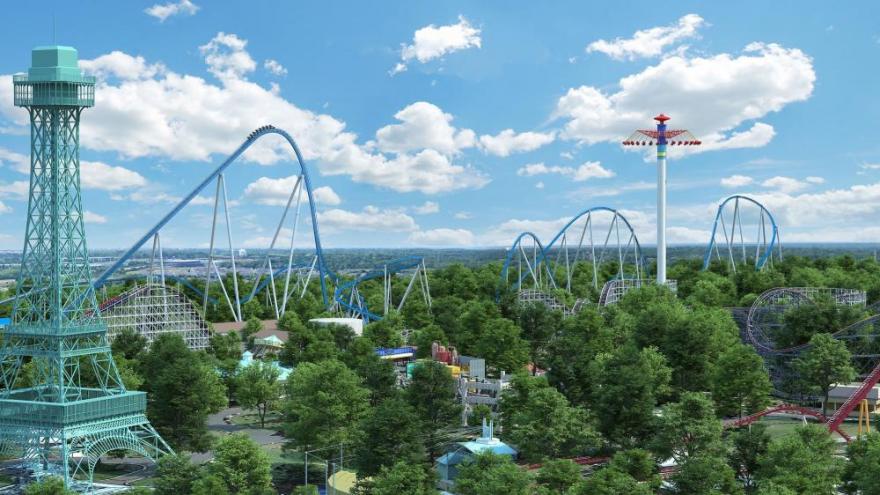 That qualifies it as a "giga" roller coaster, one of just seven in the world with a drop between 300 and 399 feet, according to King's Island.

After that initial drop, the ride features seven more hills, speeds as high as 91 mph, and more than a mile of track.

King's Island, which says it's the largest amusement and water park in the Midwest, is also home to the longest wooden roller coaster in the world, The Beast. And until Orion opens, visitors can still ride the Diamondback, which stands at 230 feet tall with a 215-foot first drop.