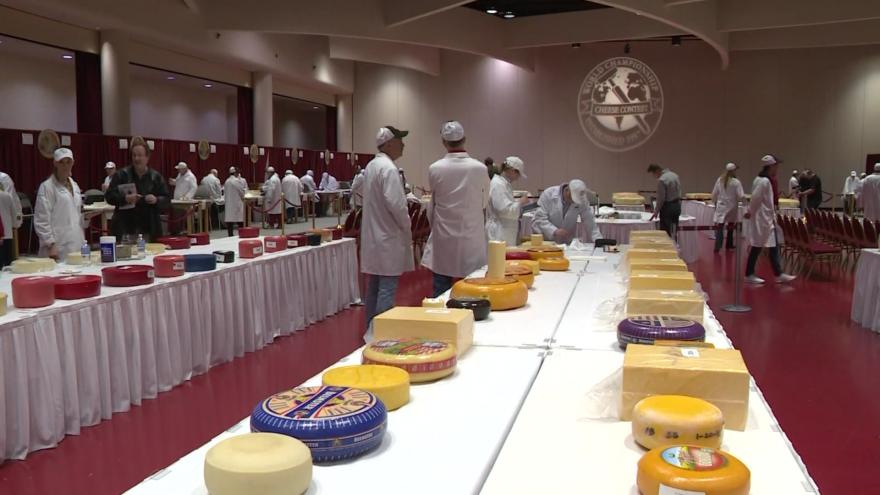 GREEN BAY, Wis. (AP) -- A cheese from Ohio has captured the top spot at the U.S. Championship Cheese Contest in Wisconsin.

The baby Swiss made by Guggisberg Cheese in Millersburg, Ohio barely edged out a Gouda made by Marieke Penterman in Thorp, who won the contest in 2013. Penterman was also the second runner-up with another Gouda.

The winners were announced at the KI Convention Center in Green Bay Thursday night following the three-day event at the Lambeau Field Atrium. It's considered the largest technical cheese, butter and yogurt competition in the country. Entries came from 35 states. They're judged on flavor, body, texture, salt, color, finish and packaging.

Organizers say there were 2,555 entries this year, an 11 percent increase compared to 2017, the last year the biennial event was held.