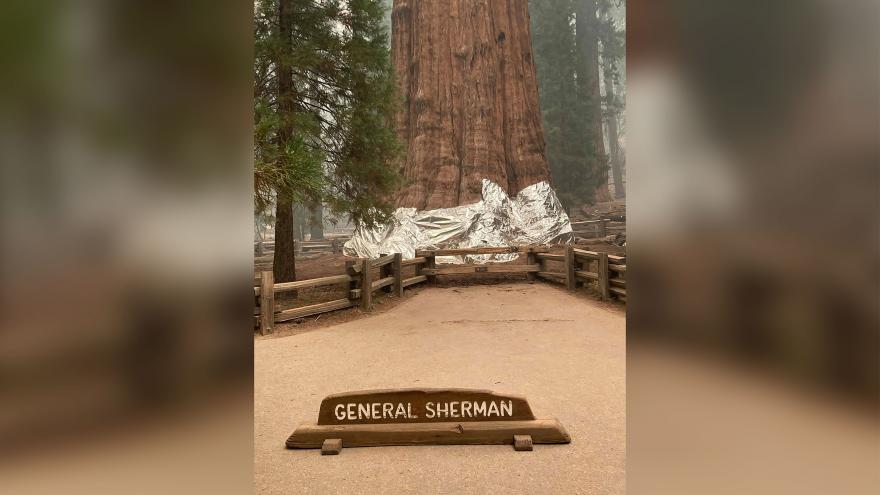 (CNN) -- The world's largest tree has been wrapped in foil to protect it against flames from an out-of-control fire burning in California's scenic Sequoia National Park.

The base of the General Sherman Tree has been wrapped in aluminum-based burn-resistant material, according to Sequoia and Kings National Parks.

The tree is 275 feet tall, and over 36 feet in diameter at the base, making it taller than the Statue of Liberty from its base to the torch.

The KNP Complex Fire, which is made up of The Paradise Fire and the Colony Fire, has charred 9,365 acres, so far. Lightning on September 9 caused the initial fire and prompted Sequoia National Park to close its doors to visitors.

Park crews are preparing the Giant Forest, which is home to over 2,000 sequoias, by removing fire fuel and wrapping the trees. 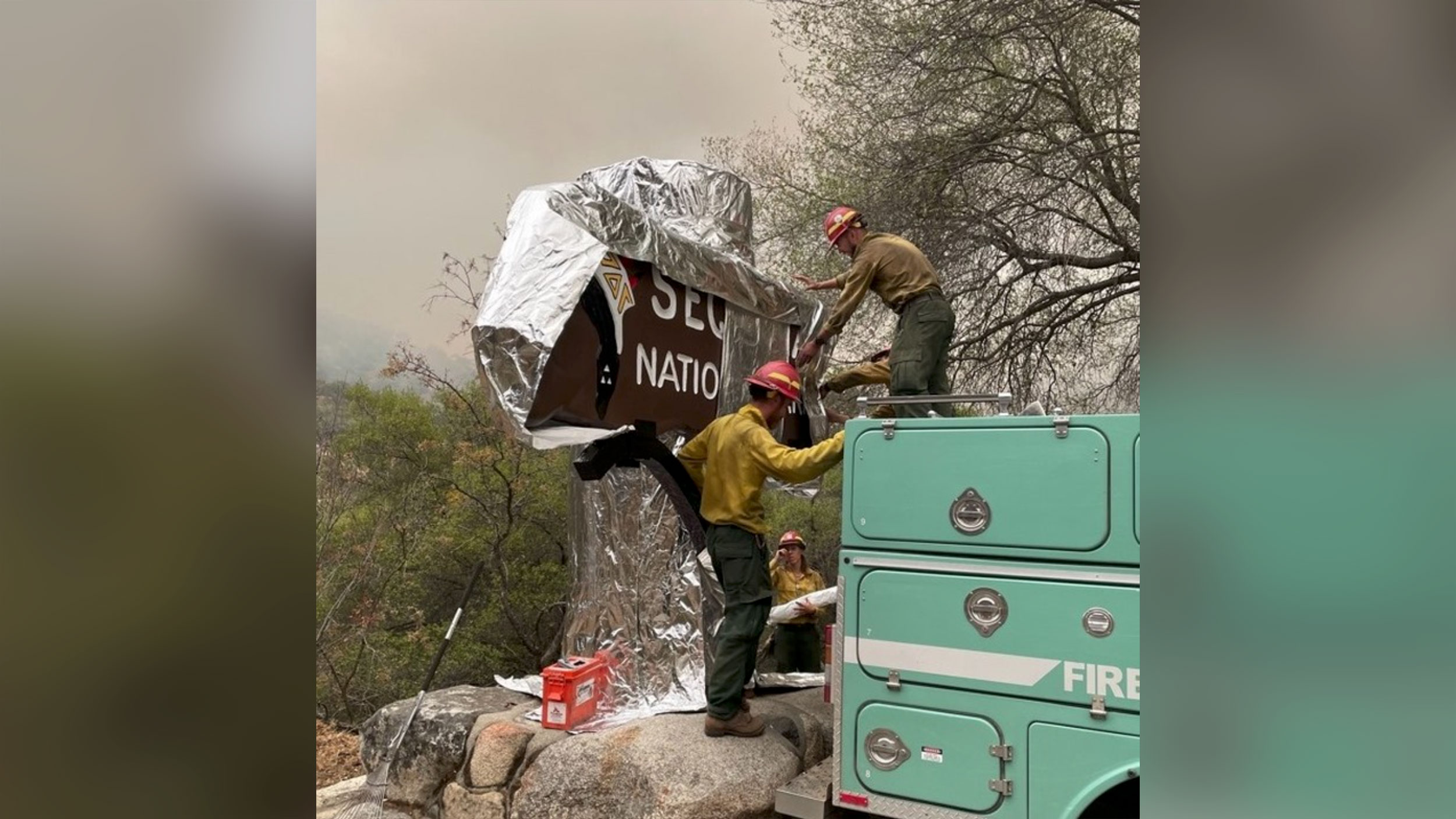 Even though crews are hard at work trying to protect these sequoias, they have already been hit hard by wildfires in recent years. "Two-thirds of all giant sequoia grove acreage across the Sierra Nevada has burned in wildfires between 2015 and 2020," the National Park Service says.

Sequoias that were killed during last year's Castle Fire could have ranged from hundreds to 3,000 years old, the service added.

Officials sounded optimistic though, reporting minimal fire growth Thursday despite some activity picked up late in the afternoon as the temperature increased and humidity levels dropped.

Giant sequoias aren't known to be the world's oldest trees, but "they are known to reach ages of up to 3,400 years," according to the National Park Service.

And even though giant sequoias adapt to periodic fire, the bark usually protects the trees against significant damage and can insulate them against a fire's heat, NPS said. Over time, however, it may be difficult for the trees to heal after centuries of fire scars. 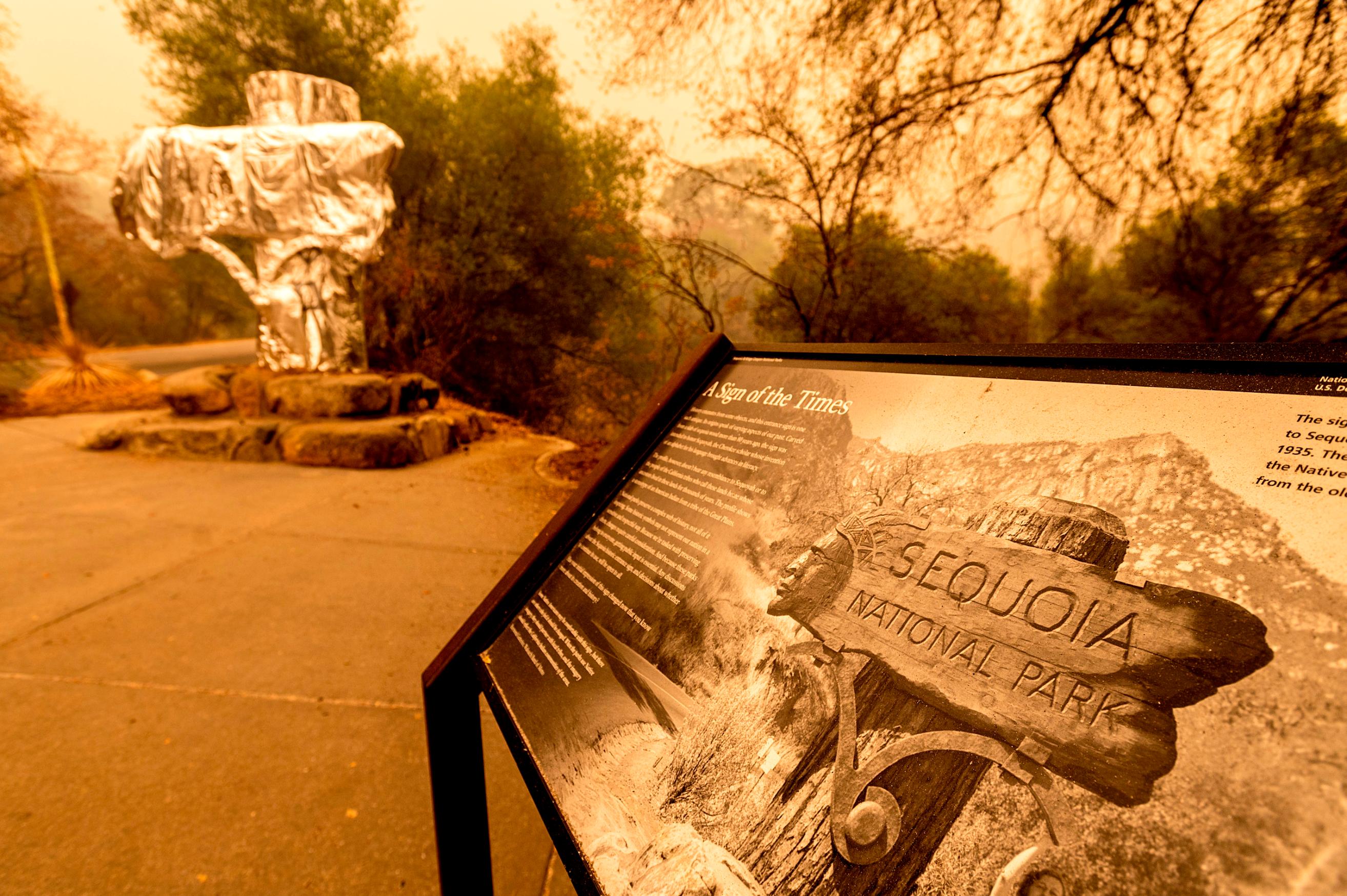