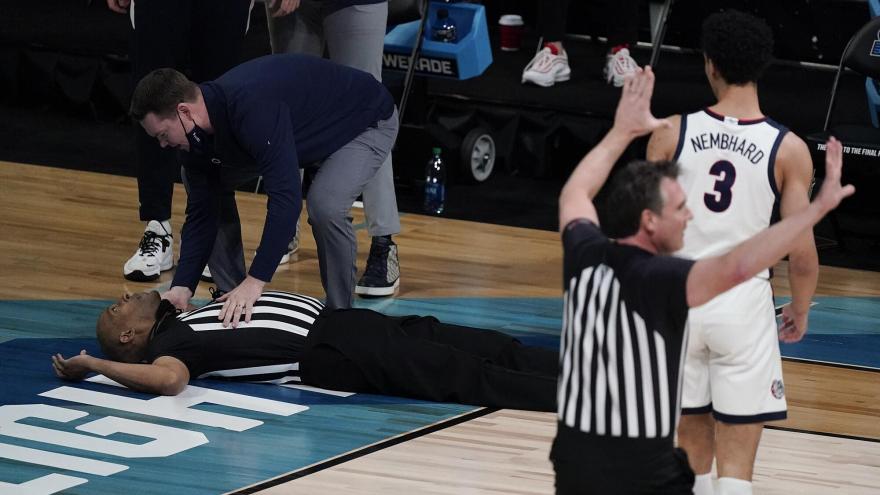 Official Bert Smith collapsed on the court during the first half of an NCAA men's tournament basketball game.

(CNN) -- Game official Bert Smith collapsed Tuesday evening in the first half of the men's NCAA basketball game between No. 6 seed University of Southern California and No. 1 overall seed Gonzaga in Indianapolis.

Smith was taken off on a gurney. He was sitting upright and appeared to be talking to a man walking beside him.

Smith was feeling lightheaded while on the court, according to the TBS broadcast.

"Bert is alert and stable and will not be transported to a hospital. He has been in contact with his family," an NCAA spokesperson said in a statement.

Video shows Smith standing in a corner of the court by the Gonzaga bench when he goes down backward without being able to use his arms to break his fall. A person on the Gonzaga bench immediately runs to his side and another official halts the game.

Gonzaga head coach Mark Few, told reporters: "He's a great official, a great person. I was just shocked and scared for him. But I was able to stick my head in there a little bit and see that he was talking and coherent. I tried to say a quick prayer for him and just wished him the best."

Gonzaga defeated USC 85-66 to advance to the Final Four.