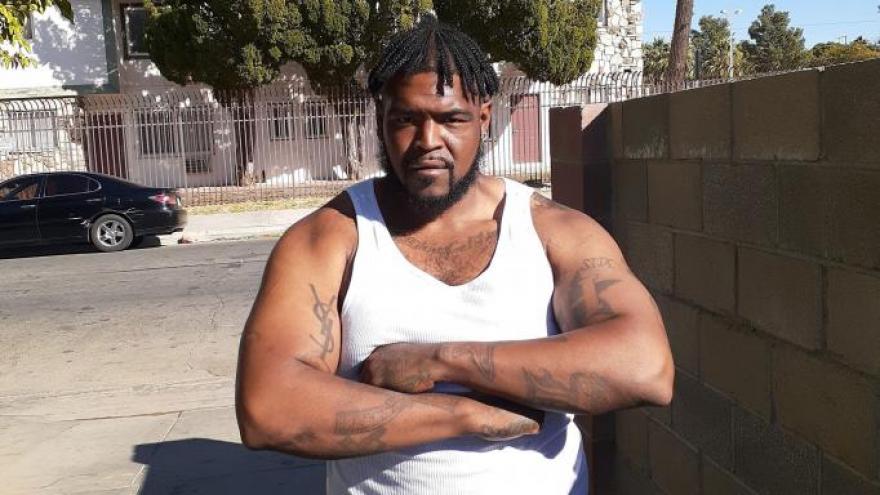 (CNN) -- The official autopsy of Dijon Kizzee, a 29-year-old Black man killed by Los Angeles County Sheriff's deputies in August, has been released following a month-long security hold at the direction of the sheriff's department.

The Los Angeles Medical Examiner's autopsy report found that Kizzee was shot 16 times, with at least four of those bullets causing "rapidly life-threatening wounds." Some of the wounds were to the head, torso and back, the report said.

Kizzee's shooting sparked protests last month in South Los Angeles, a city that has already seen months-long unrest following the death of George Floyd while in Minneapolis police custody. "It's happening so fast we can barely keep up with the hashtags," Benjamin Crump, an attorney representing the Kizzee family, previously said of police shootings of Black people, evoking Floyd, Ahmaud Arbery, Breonna Taylor and Jacob Blake.

The autopsy report certified Kizzee's death as a homicide, noting the injury occurred by law enforcement. The cause of death is listed as multiple gunshot wounds, and the "rapidly fatal injuries include trauma to the heart, lungs, liver and left kidney," according to the autopsy report.

The criminal investigation of the shooting will be forwarded to the L.A. County District Attorney's Office to determine if deputies involved violated any criminal laws, LASD Homicide Bureau Capt. Kent Wegener said in a press conference last month.

What led up to the shooting

Deputies first attempted to stop Kizzee on August 31 for "riding a bicycle on the wrong side of the road" and "splitting traffic," Wegener said in a news conference last month. Kizzee refused to stop, abandoned his bicycle, and fled on foot with a green towel in one hand and a red and black jacket in the other hand, he said.

Kizzee's 9mm semi-automatic pistol, which was reported stolen in 2017, fell to the ground during the encounter with deputies, Wegener said. Kizzee bent over and reached back to pick up the pistol before deputies fired 19 rounds, he said. The gun in Kizzee's possession was loaded with 15 live rounds, according to Wegener.

On September 2, Crump posted a grainy cell phone video recorded from a house that purportedly shows the deputies pursuing Kizzee. It shows him walking away from the officers before one closes in on him. Kizzee appears to bend over before the deputy backs up rapidly and opens fire.

Sheriff's Lt. Brandon Dean said the deputies were not wearing body cameras, which weren't set to be rolled out until the fall, according to CNN affiliate KABC.