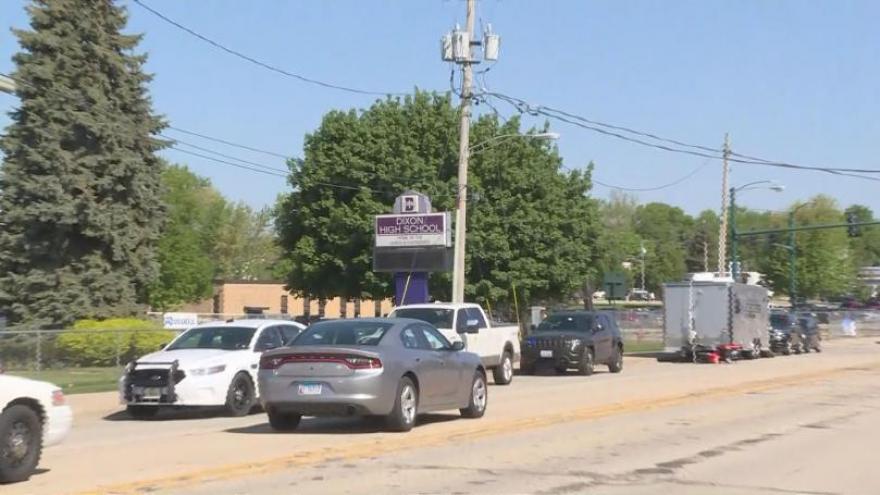 DIXON, Ill. (AP) — Officials say a police officer working at a northern Illinois high school shot and wounded a former student who fired a gun at him.

The shooting happened in the Dixon High School gymnasium at about 8 a.m. Wednesday.

Langloss says the gunman is in custody with what he describes as non-life-threatening injuries. He says neither the officer nor anyone else was injured.

All schools in the city about 80 miles west of Chicago have been placed on lockdown while the shooting is investigated.