Off-duty flight attendant allegedly choked a crew member and claimed to be seated next to a terrorist before being subdued, police report says 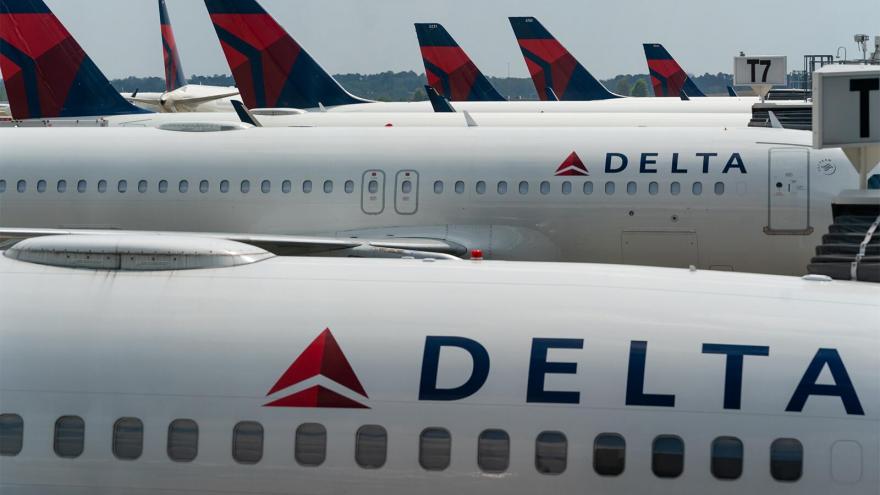 Authorities on June 14 identified the off-duty Delta Air Lines flight attendant who was accused of assaulting two crew members before being subdued on an Atlanta-bound flight that was forced to land in Oklahoma City.

(CNN) -- Authorities on Monday identified the off-duty Delta Air Lines flight attendant who was accused of assaulting two crew members before being subdued on an Atlanta-bound flight that was forced to land in Oklahoma City.

Stephon Jamar Duncan, 34, of Atlanta, allegedly choked a crew member and claimed to be seated next to a terrorist before a scuffle broke out, according to a report from the Oklahoma City Police.

When Duncan was taken into custody, he had a "minor abrasion on his forehead" and "complained of chest pains and other ailments," the report said. He was treated on scene and then taken to a hospital for evaluation.

When he was medically cleared, he was taken to the Oklahoma County jail, the police report said.

CNN has reached out to Duncan for a comment and it is unknown whether he has an attorney.

The incident on Delta Flight 1730 began Friday night when the plane was about two hours away from landing in Atlanta. The flight originated in Los Angeles.

Steve Denton, a passenger on the flight, told CNN Monday that the minute the off-duty Delta flight attendant walked on the plane, he knew something was wrong. He was wearing a hockey helmet and exhibiting what Denton described as "bizarre behavior."

About 45 minutes into the flight, Denton said he saw the man open and close every bin in the first class cabin.

According to the police report citing eyewitness accounts, Duncan was "making statements about being seated next to a terrorist and stashing his personal items in various places throughout the plane. Duncan was ignoring flight crews' orders to remain seated and stop disturbing and frightening passengers with odd and random statements."

An off-duty Delta pilot said he saw the "erratic behavior and heard ... Duncan get on the plane's P.A. system."

The pilot said Duncan made announcements indicating "the plane is going through turbulance (sic), to put on seat belts, the plane is being taken over and the plane will be going under 10,000 feet," the police report read.

Despite being asked to stop, Duncan ignored the orders from the flight crew and allegedly assaulted one of the crew members, the report said.

When another off-duty Delta crew member stepped in, Duncan "pushed her against the wall and put both his hands around her neck and began choking her," the report read.

The flight crew became more concerned for their safety and that of the passengers. The police report said "some of the crew asked for help from the passengers. During this time several crew and passengers arrived and subdued Duncan."

There was about 30 seconds in between the unplanned announcement and the initial scuffle, but Denton said the entire ordeal lasted only about five minutes at the most.

Some of the items Duncan stashed throughout the plane included "odd things like tennis balls with writings on them, trash and food," the report read.

The plane remained in Oklahoma City for more than three hours, according to FlightAware and landed in Atlanta shortly after 5 a.m. Saturday.

Oklahoma City Police turned over the case to the FBI.

FBI spokeswoman Megan Lauro told CNN she was "unable to comment on any details related to the ongoing investigation."

The Federal Aviation Administration has received around 2,900 reports of "unruly behavior by passengers" this year, FAA spokeswoman Maria Njoku said in a statement.