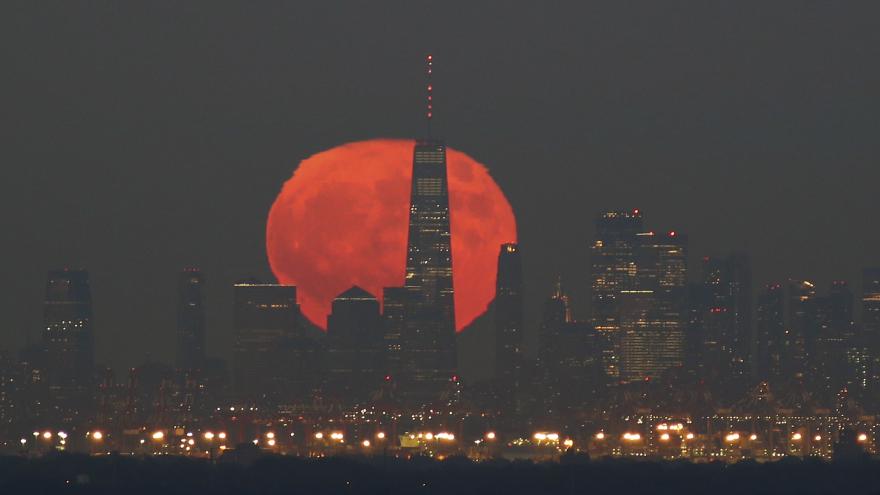 (CNN) -- October's full moon, the hunter's moon, and the Orionid meteor shower are on this week's celestial forecast, but you might only be able to catch one of them.

The hunter's moon will be fullest at 10:58 a.m. ET on October 20, and 99% full during the evenings of October 19 and 20, according to EarthSky. The full moon coincides with the peak of the Orionid meteor shower on the morning of October 21.

Because the best viewing conditions for meteor showers are dark skies, the full moon will significantly reduce the visibility of the meteor shower -- by about 75%, according to American Meteor Society adviser Robert Lunsford.

"During a normal year, we'd certainly be focused on the Orionids," Lunsford said.

Debris from Halley's Comet creates the Orionid shower, and meteors radiate from the constellation Orion the Hunter, which is how the event gets its name, according to EarthSky. The showers can produce up to 20 meteors per hour, and Orionids are known for their speed and brightness.

The Orionid meteor shower is active until November 7, so there's still a chance to see one of these shooting stars. NASA's advice to watch the Orionids is to lie on your back with feet facing southeast in the Northern Hemisphere and northeast in the Southern Hemisphere. Orionids are most common from midnight until dawn.

If you prefer an earlier stargazing activity, watching the full moon after sunset will be your best bet.

Following September's harvest moon, the hunter's moon gets its name from Native Americans who welcomed hunting season at this time of year in preparation for the winter months, according to the Farmers' Almanac.

This full moon also marks the harvest festival Sharad Purnima for Hindus and the end of Vassa, a three-month period of fasting for Buddhist monks -- both of which signal the end of monsoon season, according to NASA.

The hunter's moon is not necessarily brighter or bigger than other full moons throughout the year, according to EarthSky. But when you catch a glimpse of the moon at moonrise or moonset near the horizon, it can appear larger and more orange.

The visibility of the night sky in the US will vary these days, with clouds and storm systems moving across the states, according to CNN Digital Meteorologist Judson Jones. Tuesday night into Wednesday morning, cloud coverage will impact California, Washington, the Gulf Coast and the Appalachian Mountains. Wednesday night, western storms will move into the northern Rockies and Midwest. Alabama, Florida, Georgia and the Carolinas will also see increased cloud coverage.

More showers in the 2021 forecast

If you're stuck with unfavorable viewing conditions this week, here are other meteor showers and full moons you can catch during the remainder of 2021, according to EarthSky's 2021 meteor shower guide and The Old Farmer's Almanac:

The Taurid meteor shower is expected to be more promising, Lunsford said. Taurids are known for producing bright fireballs, and this year, the shower peaks in mid-November.