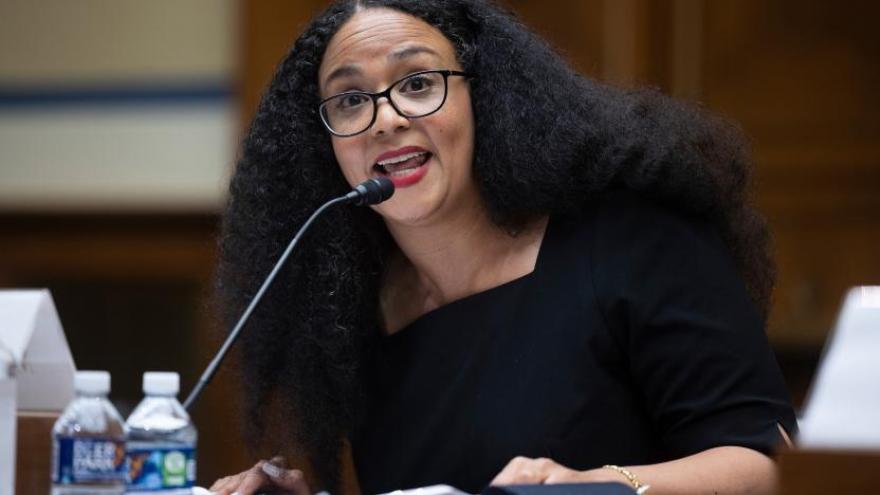 "In the four years that I've sat on this committee, I have never seen members of Congress, Republican or Democrat, disrespect a witness in the way that I have seen them disrespect you today," Ocasio-Cortez told Raya Salter, the executive director and founder of the Energy Justice Law and Policy Center and a member of the New York State Climate Action Council.

"For the gentleman from Louisiana and the comfort he felt in yelling at you like that, there's more than one way to get a point across," the New York Democrat said, later apologizing to Salter on behalf of the committee.

Higgins, a Louisiana Republican, referred to Salter as "good lady" and "boo" at different times during the heated exchange.

"I'm not quite sure some of you are connected to reality," Higgins said before pointing his attention toward Salter. "Ma'am, good lady, please prepare your mind 'cause I'm gonna' ask you three questions. I'm going to give you most of my time. I think it's good that America hears what you have to say."

He then asked Salter what she would do with petrochemical products if she had control of the world.

In response, Salter implored Higgins to "search your heart and ask your God, what you are doing to the Black and poor people in Louisiana? That would be my first thing to ask."

At one point, as the pair talked over each other, Higgins told Salter: "I'm trying to give you the floor, boo."

CNN has reached out to Higgins' office for comment.

In a tweet following the hearing, Salter shared a video of the exchange and wrote, "Thanks for the support! I'm unbothered by fossil fuel cronies!!!"

Democratic Rep. Jamaal Bowman of New York also commented on the exchange via Twitter, saying, "Small men resort to demeaning tactics when they don't have the wherewithal to act decently," and thanking Salter for her "brilliant testimony and work to rescue us from the climate catastrophe."