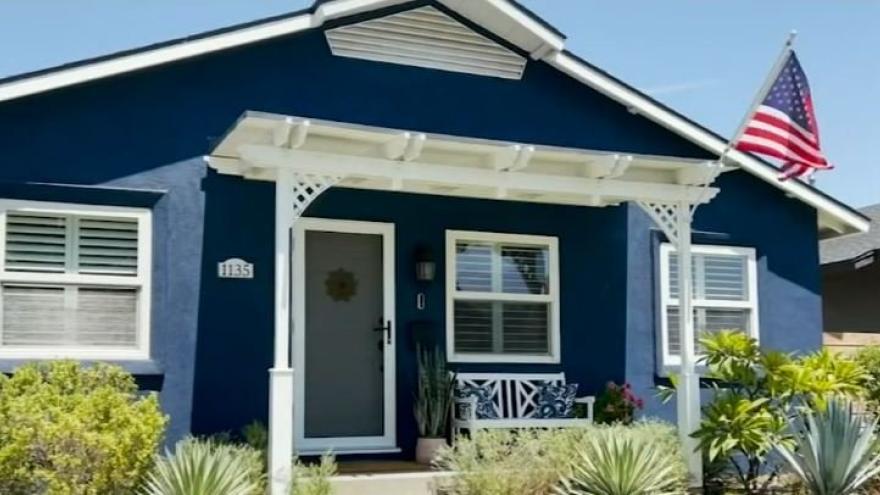 Diana Sobel and her husband answered their door this past Monday morning. It was a couple looking to rent their home after they saw a post advertising it on social media.

"They told us that they were going to be renting this house," Sobel said.

The problem: Their home in Orange was not for rent.

"My husband and I were a little concerned. The house is not for rent and we said, 'No, this is our home. It's not for rent,' and we were told that it was posted on Facebook," Sobel said.

The man in the video recorded by the Sobels' doorbell camera explained there were pictures of the house.

"They were given the pictures from the house when it was for sale on Zillow when we bought it," Sobel said.

The suspect, pretending to be the landlord, eventually communicated via text messages with the interested couple.

Then, the red flags - urgency and odd conditions.

They were told to act fast because many others were interested in leasing this home. There were asked to send $2,000 via Zelle, but not go to the house. The suspect claimed it was still occupied and they didn't want the tenants disturbed.

In the video, you hear the man say, "Somebody asked for money and deposit. I want to make sure it's not a scam."

The man in the video was right to go with his gut and knock anyway.

"We said don't do it. Good thinking and he said, you know, he was concerned. It sounded a little suspicious," Sobel said.

In an interview in late July, FBI Supervisory Special Agent Steve Lawrence told Eyewitness News that with the housing market growing increasingly difficult, rental scams are on the rise. He warned: Be on the lookout for suspicious activity and report it.

"The first thing they should do is notify their financial institution as soon as possible to see if the transaction can be frozen and to alert the bank of potential fraud," Lawrence said.

The Sobels acted fast, posting about their experience on Nextdoor.

Several people from across Orange County commented and said it happened to them too.

One comment said, "A sweet old man knocked on my door and said he was here to see the property that I was renting."

A real-estate agent listing a house in the same neighborhood wrote, "At least three couples show up during showings saying they were renting. Same exact story."

A man in Orange told the Sobels he also dealt with the would-be scammer our first couple encountered.

"... was sent the video walkthrough that came with the property when we bought it," Sobel said.

After reporting this to the FBI, these homeowners said they just wanted to keep others from falling victim.

"If something sounds too good to be true, it probably is," Sobel said.

Sobel said the false post stated their home was supposed to be unoccupied by the end of the week. The Sobels were so worried a moving van was going to pull up this weekend, they posted a sign to let people know their home was not for rent.