Obamacare exchanges to open without more money for enrollment assistance 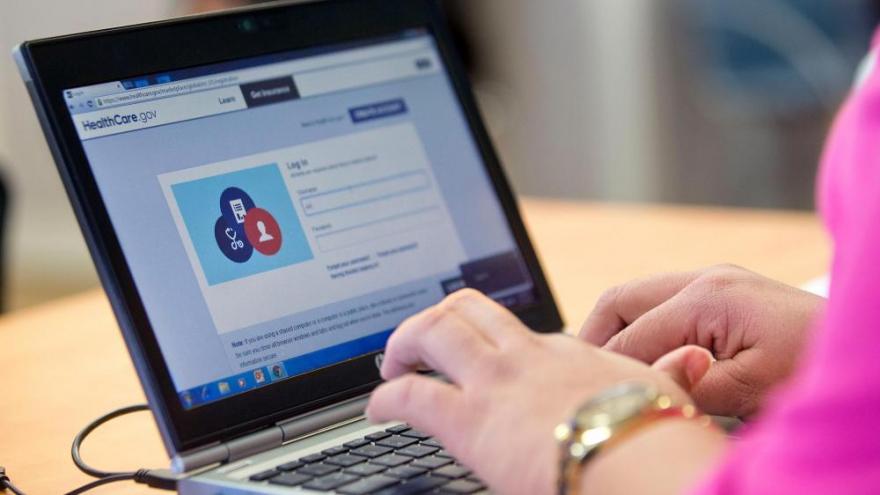 Uninsured Americans can start signing up for coverage on the federal Affordable Care Act exchange starting Monday, but the Biden administration has not allocated more funds to help them enroll.

(CNN) -- Uninsured Americans can start signing up for coverage on the federal Affordable Care Act exchange starting Monday, but the Biden administration has not allocated more funds to help them enroll.

President Joe Biden last month ordered the launch of a three-month special enrollment period as a key part of his effort to rebuild the Affordable Care Act. To help raise awareness of Obamacare coverage options -- and the federal subsidies to help pay for premiums -- the administration is pouring $50 million into marketing and outreach.

However, there hasn't been any announcement of additional funding for enrollment assistance, which the Trump administration slashed by 84%, on average, since 2017. Some 30 organizations received a total of only $10 million last summer.

That has worried some navigator groups, who weren't prepared to keep increased staffing levels beyond the traditional open enrollment period in November and December.

"I'm very stressed about it," said Jodi Ray, director of Florida Covering Kids & Families, the sole navigator group for the Sunshine State. "We could really use some more resources on the ground to do this. That's the thing I'm worried about the most because there is going to be marketing that's going to drive people to assistance."

The Department of Health and Human Services said it is looking into the issue.

"CMS is working quickly to reevaluate the funding needs of the grantees," a spokesman said.

Ray expects to be busy during the special enrollment period, which runs through mid-May. Her group was "slammed" during the fall enrollment season, with many newly unemployed residents seeking help selecting from the dozens of options on the exchange. Many were unsure how to project their income for the year, which is crucial to determine the subsidies they'll receive.

"If people are calling us, they need help. And we want to be able to help them," said Ray, who personally assisted nearly three dozen clients. "But there's a limit to what a human being can do."

Some 2.1 million Floridians selected policies during open enrollment last fall, up from 1.9 million the year before. Sign ups on the federal exchange increased nationwide for the first time under the Trump administration.

For the special enrollment period, Ray will have only 48 staffers, the majority of whom are part-time. That's down from the 60 people, also mainly part-timers, who worked during the most recent open enrollment period.

In Arizona, the sole remaining navigator group had its annual funding slashed from about $2 million under the Obama administration to $370,000 more recently.

The Arizona Alliance for Community Health Centers can rely on enrollment counselors in its medical offices, but it had to reduce the number of navigators for open enrollment to around 28, down from around 40 prior to the cuts. And some of those folks are working fewer hours.

What's more, some of the groups the alliance contracts with to provide enrollment assistance likely spent most of their funding during the fall sign up season.

"We will manage the best we can, but a shot of cash or additional funding to the navigator program would make more hours and more people available," said Allen Gjersvig, the alliance's director of outreach and enrollment services. "Sure hope it comes."

Americans are still unfamiliar with exchanges

Even though the Obamacare exchanges opened in 2014, many Americans remain unfamiliar with the coverage. Just under two-thirds of uninsured adults said they had heard nothing or only a little about financial assistance for policies, according to an Urban Institute study conducted in September.

And half of consumers who looked for coverage for 2020 during open enrollment encountered difficulties, and nearly 5 million consumers unsuccessfully sought in-person help, according to the Kaiser Family Foundation.

What's more, two in five consumers who received guidance said it was somewhat or very unlikely they would have enrolled without it, Kaiser found.

"It's pretty clear navigator assistance matters enormously in getting the word out, in helping people get through the application and in connecting to coverage," said Karen Pollitz, senior fellow for health reform and private insurance at Kaiser.

There are about 15 million uninsured people who could shop for coverage on the exchanges, though not all are eligible for a subsidy, according to the foundation.

The Biden administration also likely has plenty of funding to put towards enrollment assistance, in addition to marketing. The Centers for Medicare and Medicaid Services has amassed more than $1 billion in unused user fees from Obamacare insurers, Kaiser estimates.

There are several reasons why the Biden administration may not have announced a boost in funding for navigators, who also help clients enroll in Medicaid if they qualify. First, Congress has not confirmed Biden's pick for Health and Human Services secretary, Xavier Becerra, and the President has yet to name an administrator for the Centers for Medicare and Medicaid Services, which runs the federal exchange.

Also, it's quicker to pump money into marketing budgets than to increase grants to the navigators, said Sabrina Corlette, co-director of the Center on Health Insurance Reforms at Georgetown University.

"There's absolutely an intent to get more money to navigators," she said. "It's just how quickly they can get those wheels in motion."