Obama to hit the campaign trail for Biden in final stretch 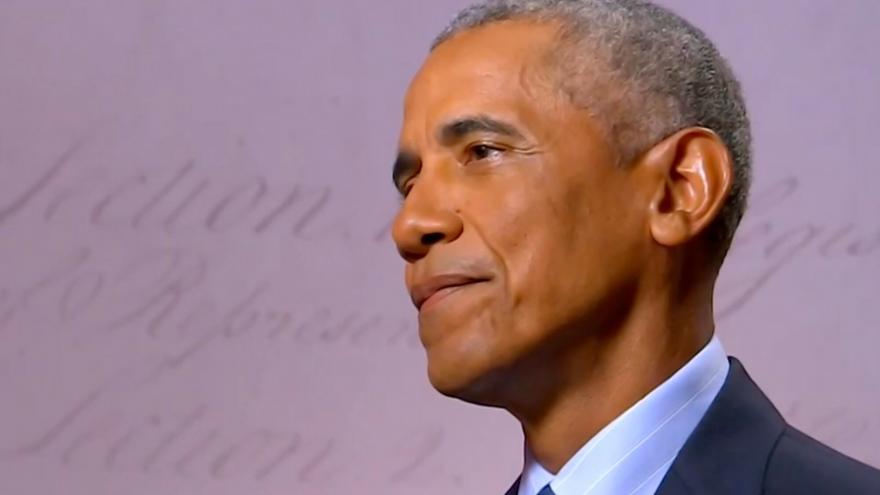 (CNN) -- Former President Barack Obama is expected to hit the campaign trail next week, Democratic officials tell CNN, as he looks to step up his work in support of his one-time partner -- former Vice President Joe Biden -- in the final stretch of the election.

Obama intends to focus his efforts on early voting states in the final two weeks of the race, the officials tell CNN. The former President will not aggressively barnstorm swing states, but rather intends to visit a handful of critical battlegrounds where voting is underway.

His schedule has not been finalized, officials said, but states under consideration for his solo appearances include Florida, North Carolina, Wisconsin and more.

"He's doing enough for our campaign," Biden told reporters before boarding a flight in New Castle, Delaware, Tuesday. "He'll be out on the trail and he's doing well."

Obama's expected return to the campaign trail could energize Democratic voters in the final weeks before the election as the former president remains among the Democratic Party's most popular figures. The Biden campaign believes Obama can help in three particular areas, officials say, including: Black men, Latinos and young voters.

The events will be socially distant -- similar to the tactics adopted by the Biden campaign during the coronavirus pandemic -- but are designed to garner local media coverage in key areas. President Donald Trump's campaign has dispatched far more surrogates ahead of the election -- along with the President's rallies -- and the Obama visits are designed to help Biden draw more attention in places where voting is happening.

Obama is set to make solo appearances. Former first lady Michelle Obama is not planning any in-person campaign visits. The possibility of joint Obama-Biden appearances could come in the final days of the race.

Since endorsing his former vice president in April, Obama's campaigning has largely been conducted in a virtual format. He's participated in virtual grassroots fundraisers with Biden and his running mate Kamala Harris along with taping campaign videos with each of the candidates in recent months.

Democrats are also using Obama in their messaging as voting gets underway across the country. The Democratic National Committee this week released a series of digital videos featuring Obama that urge Americans in 24 key states to make plans to vote.

The former President's lone travel on Biden's behalf came during the Democratic National Convention when the former president traveled to Philadelphia to remotely deliver a primetime address. The speech on the third night of the convention served not only as a testimonial for his former vice president but also a scathing rebuke of Trump.

"For close to four years now, he's shown no interest in putting in the work; no interest in finding common ground; no interest in using the awesome power of his office to help anyone but himself and his friends; no interest in treating the presidency as anything but one more reality show that he can use to get the attention he craves," Obama said. "Donald Trump hasn't grown into the job because he can't."