Obama reflects on 20th anniversary of 9/11: American heroes 'run towards danger in order to do what is right' 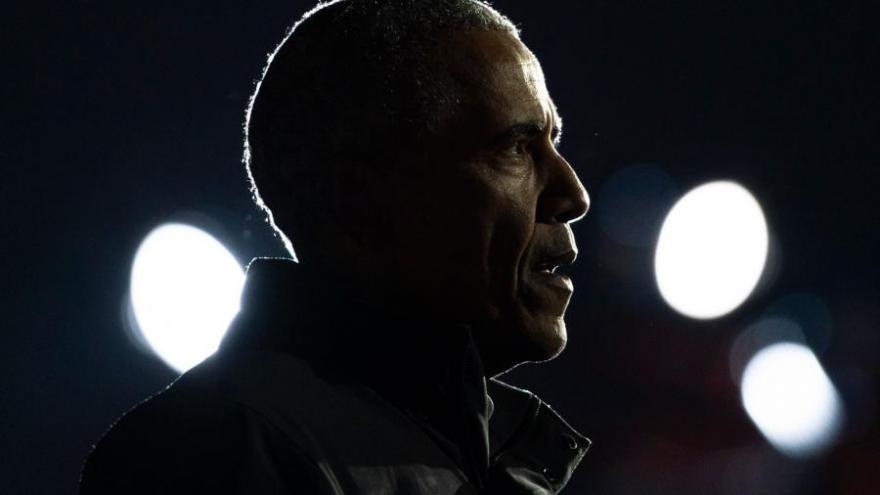 Former President Barack Obama reflected on the 20th anniversary of the September 11 terrorist attacks, paying tribute to the thousands of Americans who died that day and reenforcing his commitment to honoring their legacy

(CNN) -- Former President Barack Obama on Saturday reflected on the 20th anniversary of the September 11 terrorist attacks, paying tribute to the thousands of Americans who died that day and reenforcing his commitment to honoring their legacy.

"We reaffirm our commitment to keep a sacred trust with their families -- including the children who lost parents, and who have demonstrated such extraordinary resilience. But this anniversary is also about reflecting on what we've learned in the 20 years since that awful morning," Obama said in a statement early Saturday morning.

"That list of lessons is long and growing. But one thing that became clear on 9/11 -- and has been clear ever since -- is that America has always been home to heroes who run towards danger in order to do what is right."

When they think back on September 11, 2001, Obama said, he and former first lady Michelle Obama aren't left only with lasting images of two planes flying into the twin towers of the World Trade Center or the wreckage at the other attack sites, but also with the courage of the first responders who acted on that day and in the following weeks and months.

"It's the firefighters running up the stairs as others were running down. The passengers deciding to storm a cockpit, knowing it could be their final act. The volunteers showing up at recruiters' offices across the country in the days that followed, willing to put their lives on the line," the former President wrote.

That same selflessness, Obama said, has been on display "again and again" over the past two decades.

"We saw it a decade ago when, after years of persistence, our military brought justice to Osama bin Laden," said Obama, whose administration finally tracked down bin Laden, who was then killed during a Navy SEAL raid in May 2011.

"We're seeing it today -- in the doctors and nurses, bone tired, doing what they can to save lives; the service members, some of whom weren't even born 20 years ago, putting themselves at risk to save Americans and help refugees find a better life; the first responders battling roaring fires and rising waters to bring families to safety. They represent what is best in America, and what can and should bring us together," he said.

"9/11 reminded us how so many Americans give of themselves in extraordinary ways -- not just in moments of great crisis, but every single day. Let's never forget that, and let's never take them for granted," Obama added.

Obama on Saturday will join President Joe Biden and former President George W. Bush in commemorating the tragedy, bringing together all the US leaders of the post-9/11 era except former President Donald Trump, who instead is providing commentary on a boxing match Saturday night -- though a person familiar told CNN that Trump will visit some sites and that he had recorded a video to be played at the "Let Us Worship" prayer event on the National Mall that is being held Saturday.

Each of the former post-9/11 presidents played a role in the US response to America's longest war.

Since Biden's withdrawal of the last US troops from Afghanistan last month, Obama has said little about his view of the decision, keeping his thoughts on how the war ended closely held.