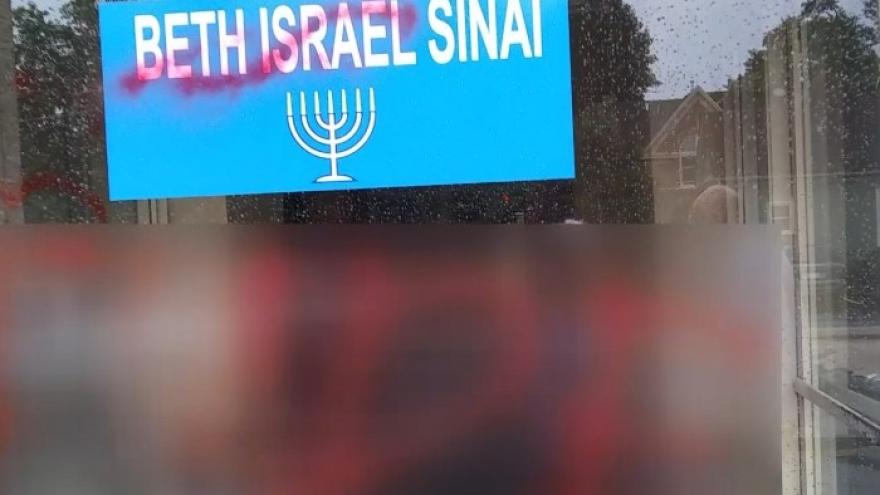 MILWAUKEE (AP) — Federal prosecutors say a Wisconsin man has pleaded guilty to vandalizing a synagogue last year as part of a neo-Nazi plot.

According to court documents, Barasneh was part of a neo-Nazi, white supremacist group known as "The Base."

Authorities say Barasneh took part in online group chats with other Base members in which they agreed to threaten and intimidate African Americans and Jewish Americans.

Prosecutors say on Sept. 21, Barasneh went to a Racine, Wisconsin, synagogue and spray-painted anti-Semitic words and phrases as well as a swastika and the symbol for "The Base" on the building.