NYPD steps up presence in Jewish communities after hate-related incidents 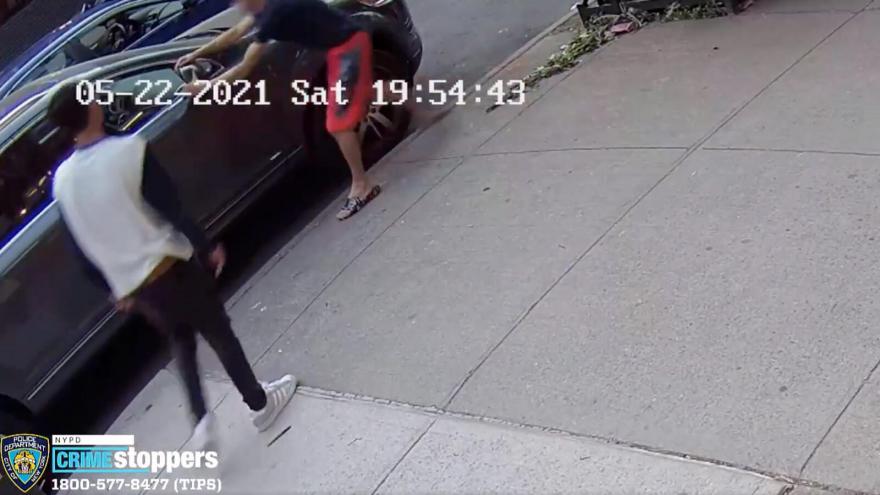 At around 7:45 p.m. Saturday, two teens, ages 18 and 17, were approached by two men who "demanded that the victims repeat anti-Jewish statements," the NYPD said in a statement Sunday.

When the victims, who are Jewish, refused, the attackers began punching them in their heads and one of the men put the 17-year-old in a "rear chokehold," the NYPD said, adding that one attacker also chased the victims while "brandishing a baseball bat." The alleged attackers then fled in a blue Toyota Camry, according to police.

Within the same hour, three male occupants of a blue Toyota Camry began "to yell anti-Jewish statements" toward four male victims, who are Jewish, in front of a nearby synagogue, the NYPD said.

After the four men escaped into the synagogue and locked the door, two of the three males got out of their car, banged on the front door of the synagogue, and kicked the side mirror of a nearby car and then fled, the department said in its statement.

The NYPD tweeted the three males are wanted for aggravated harassment.

As the NYPD's Hate Crimes Task Force investigates the two incidents, police said they believe the perpetrators in both cases are the same, a department spokesperson told CNN.

In New York's Times Square on Thursday, a man was arrested after a 29-year-old Jewish man was punched, kicked and pepper-sprayed, a source with the New York Police Department told CNN.

Hate crimes reported to the NYPD stand at 191 so far this year citywide, marking a nearly 71% increase compared to the same point in 2020, according to the NYPD's crime stats portal.

Mayor Bill de Blasio met with Jewish leaders in Borough Park on Sunday afternoon and said the NYPD would have a heightened presence there.

"We will stomp out anti-Semitism anywhere we find it. It is unacceptable. This is a city that is for everyone, and anybody who perpetrates an act of bias and prejudice, they will be found," de Blasio told reporters after the meeting. "The NYPD's track record is abundantly clear."

"There is a stain of anti-Semitism that still lurks in this city, in this country, around the world. It has been here for thousands of years and every time people try to say it's gone away, it hasn't gone away. Anti-Semitism is too alive and well. It must be stopped."

The department's response will include the deployment of "critical response command officers" and having officers drive around with turret lights on to deter any would-be attackers, NYPD Chief of Department Rodney Harrison said at the news conference with the mayor.

"You're going to see that presence," de Blasio said Monday. "We know how to do this the right way, how to put the presence out there that gives people a sense of security and certainly sends a message to anyone with hatred in their heart that they shouldn't even think about it."

In addition, New York State Police will increase patrols at downstate synagogues, schools and other Jewish community facilities in the wake of the incidents, Gov. Andrew Cuomo announced in a statement Monday.

The patrols will be focused in New York City, Westchester, Rockland, Orange, Nassau and Suffolk counties, he said in a statement, adding that an increased presence should be expected during the Jewish Sabbath.

"Anti-Semitic violence and intimidation is antithetical to the promise and purpose of New York State, and we will not tolerate it in any form," Cuomo said in the statement. "In the wake of the unacceptable recent increase in anti-Semitic hate crimes nationwide, I am proactively deploying State Troopers to provide security at Jewish religious, educational, and community facilities.

"Hate has no place in our state, and we will continue to do everything in our power to help ensure Jewish New Yorkers -- and New Yorkers of all faiths -- have the peace, safety, and security they deserve."