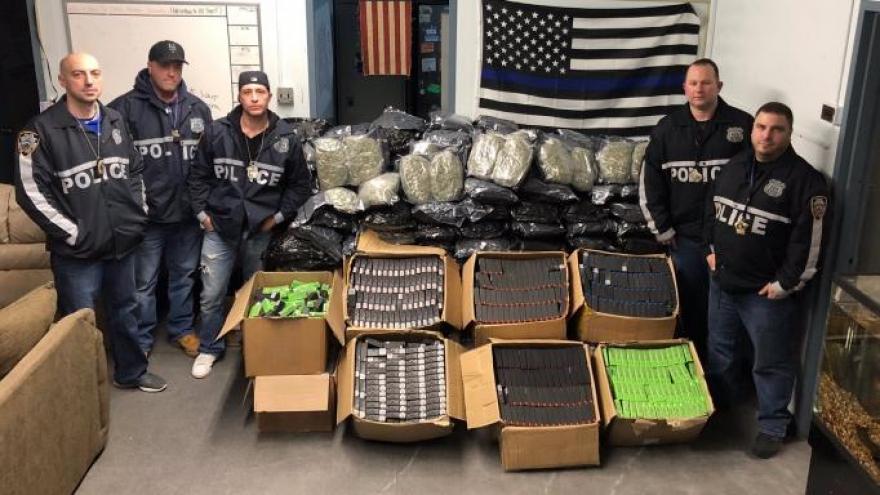 (CNN) -- The New York Police Department has made what it called a "tremendous" drug seizure.

No arrests have been made and the investigation is ongoing, O'Donnell added.

"That's an awful lot of illegal drugs that will never be sold on the streets of #StatenIsland thanks to the great men and women @NYPD120Pct and @StatenIslandDA," NYPD Staten Island's Assistant Chief Kenneth Corey tweeted.

While many of the comments in response to the tweet were congratulatory of NYPD's bust, some Twitter users voiced their opinion that marijuana should be legal.

"Looks like weed and vape pens, most would agree that they should be legal for recreational use," one person commented.

New York Gov. Andrew Cuomo has vowed to legalize marijuana in his state. If Cuomo succeeds, New York would become the 12th US state to legalize cannabis for recreational use.

Cuomo already has passed legislation to expunge the marijuana convictions of thousands of New Yorkers.