NYPD officer shot in the head while sleeping in car, but police unsure if he was the target 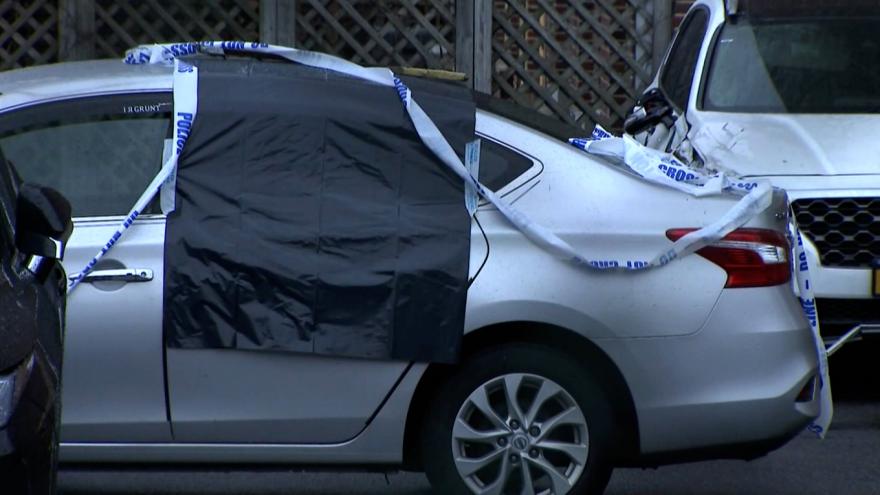 (CNN) -- An off-duty New York City Police Department officer was shot in the head while sleeping in his car on New Year's Day, police announced at a news conference Saturday.

New York City Mayor Eric Adams, who officially took office the same day as the shooting, briefed the media about the incident on Saturday in one of his first official duties. He emphasized that he would not let New York become "a city of disorder."

The mayor said he would be at the forefront with the commissioner and the department to ensure the city doesn't become "a violent city."

"We must not only find a gun, but we must find the person who discharged the weapon and we must find those who believe they are going to destroy our city with gun and gang violence," Adams said at the news conference. "That is not going to happen."

"Mission One is to deal with the gun violence in our city," he continued. "You don't start bringing in the new year with bringing in violence it's unacceptable."

Newly installed NYPD Commissioner Keechant Sewell echoed Adams' words, saying the incident underscores the plethora of guns in the wrong hands -- and that too many people are willing to discharge firearms, something she intends to tackle head-on.

The commissioner said the officer had ended an eight-hour shift at a New Year's Eve event at Central Park at 2:30 a.m, and was slated to begin his next tour at 7 a.m. the same day. With the NYPD dormitories full, the officer elected to sleep in his car.

The commissioner said the officer awoke at 6:15 a.m. and felt a pain on the left side of his head and discovered a shattered car window. An on-duty sergeant observed blood coming from the officer's head, rendered aid and called an ambulance, Sewell said.

The officer underwent surgery at New York-Presbyterian Hospital where it was determined he had a fractured skull. Bullet fragments were removed during surgery and the officer is recovering, Sewell said.

The investigation is ongoing and police are offering a $10,000 reward to anyone able to help identify the shooter.