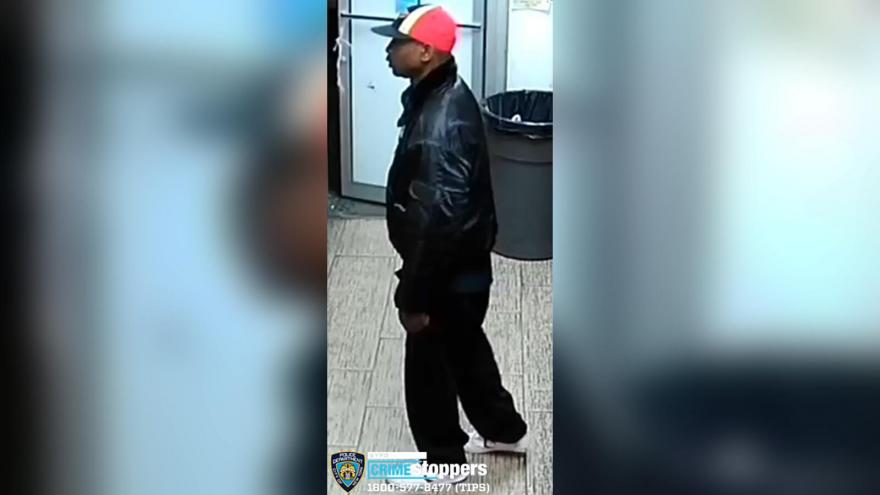 (CNN) -- A man has been arrested in connection with the case of a 61-year-old Asian man who was attacked last week in New York, police said.

Yao Pan Ma was collecting cans when he was approached from behind on an East Harlem corner Friday, struck in the back and, after he fell to the ground, kicked in the head multiple times, according to police and a verified GoFundMe account.

Jarrod Powell, 49, was detained early Tuesday morning in connection with the attack and the NYPD recommends that he faces attempted murder, and two hate crime assault charges.

Police had initially recommended Powell be charged with two counts of felony assault. It's unclear whether Powell has retained an attorney.

A spokesperson for the Manhattan District Attorney's office said it could not confirm any charges in the case, pending an arraignment.

City leaders, activists and Ma's family members gathered Tuesday to condemn the attack and urge the DA's office to prosecute Powell "to the fullest extent of the law."

"This is the act of one depraved individual," said Karlin Chan, a community activist speaking on behalf of the victim's wife, Baozhen Chen.

Jennifer Wu, an attorney representing Ma's family, said her firm was confident law enforcement would conduct a "thorough review" of the incident.

"We are heartbroken by the attack against Mr. Ma, and the surge of attacks against the Asian-American community," Wu said.

Last week's incident, which comes amid a surge in hate crimes against Asian Americans in New York City and across the nation, was captured on surveillance video.

The NYPD has deployed a number of undercover Asian officers on the streets in an attempt to stem the violence. Earlier this month, one of the officers arrested a woman yelling anti-Asian slurs at a Chinatown nail salon, according to city officials.

The NYPD has said its investigating more than 60 possible hate crimes against Asian Americans this year, and 42 incidents through the end of March have been classified as hate crimes.

Last week, the Senate voted 92-6 to advance a bill that would assign a Justice Department official to expedite reviews of potential Covid-19-related hate crimes and establish an online database.

The shootings of six Asian women in the Atlanta area last month drew attention to a spike in anti-Asian violence across the United States.

A survey by the Pew Research Group this week found that 32% of Asian adults fear someone might threaten or physically attack them -- and 81% said violence against them is rising.

About 20% of the respondents said former President Donald Trump's "rhetoric about China as the source of the pandemic" as well as his racist labeling of the coronavirus as the "kung flu" or "Chinese flu" has contributed to the mounting violence, according to the survey.

A report by Stop AAPI Hate cited nearly 3,800 "hate incidents" against Asian Americans from March to February, ranging from verbal harassment to assaults to workplace discrimination.

The group, which chronicles hate and harassment incidents against Asian Americans and Pacific Islanders during the pandemic, said it has received 503 reports of anti-Asian hate and bias so far this year.